S. Korea decides to go ahead with $8 mln aid package for N. Korea through U.N. bodies 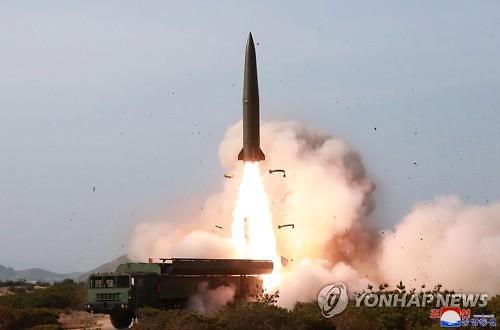 
SEOUL -- As a follow-up to a consensus between U.S. and South Korean leaders on humanitarian food aid to North Korea, Seoul decided to provide an $8 million economic assistance package through U.N. agencies that was to be sent two years ago.

"We are going ahead with the donation of $8 million, which was decided two years ago," ministry spokesman Lee Sang-min told reporters, adding additional rice and food shipments require a public consensus.

"We will fully gather public opinions on food aid to North Korea and review detailed plans for aid directly to North Korea or through international organizations," Lee said. South Korea suspended almost all civilian inter-Korean exchanges since the North conducted its fourth nuclear test in January 2016. After Moon took office in 2017, Seoul approved $8 million in economic assistance through U.N. agencies, but it did not go to North Korea due to international sanctions.

The two Koreas opened the Kaesong industrial zone in December 2004 as a symbol of inter-Korean cooperation. The zone once hosted about 120 South Korean firms manned by more than 50,000 North Korean workers. Moon's jailed predecessor, Park Geun-hye, shut it down in February 2016 in retaliation for a series of ballistic missile and nuclear tests by North Korea.

Moon and Kim have agreed to reactivate cross-border exchanges and economic projects. A liaison office hailed by Pyongyang as a big step forward for co-prosperity and rapprochement opened in Kaesong in September last year to facilitate exchanges and cooperation, but Washington is still reluctant to ease sanctions until considerable progress is made in denuclearization.