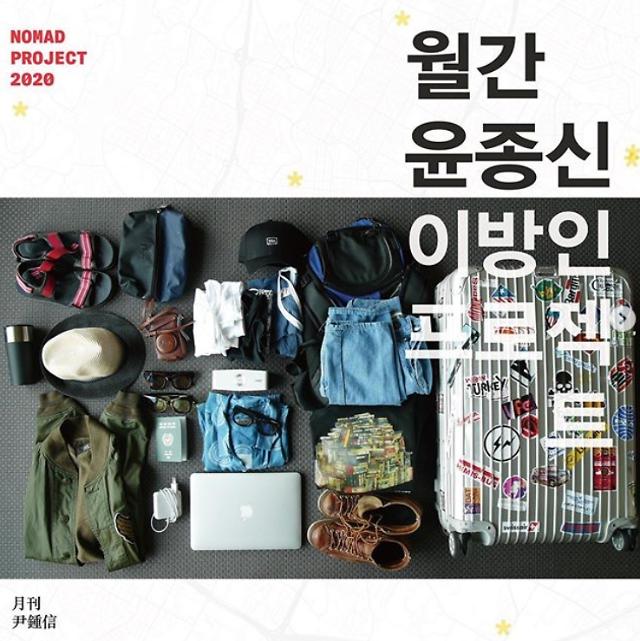 
SEOUL -- Yoon Jong-shin, a veteran singer-songwriter who is also popular as a TV show entertainer, will embark on a new overseas music project in October, ending activities as a TV entertainer.

The 49-year-old said in a post uploaded onto his Instagram on Tuesday that he now wishes to create content from a stranger's perspective, away from the place he has lived in. Yoon will begin his "NOMAD PROJECT" as part of his monthly music project, to create music with teams and artists in many places.

"The year 2020 will be a big turning point for me as an individual and also as a creator," said Yoon. "I will earnestly make preparations during the time that's left for me and leave in October."

Yoon, who debuted as a singer-songwriter in 1990, became one of South Korea's favorite artists of all time. He began his monthly music project in 2010 to hone his skill as a musician while pursuing his career as an entertainer. Through "Monthly Yoon Jong-shin", the singer has released self-composed songs in collaboration with other artists once a month.