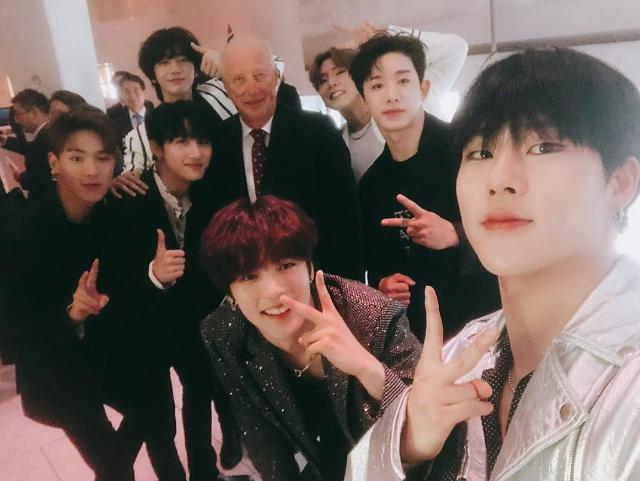 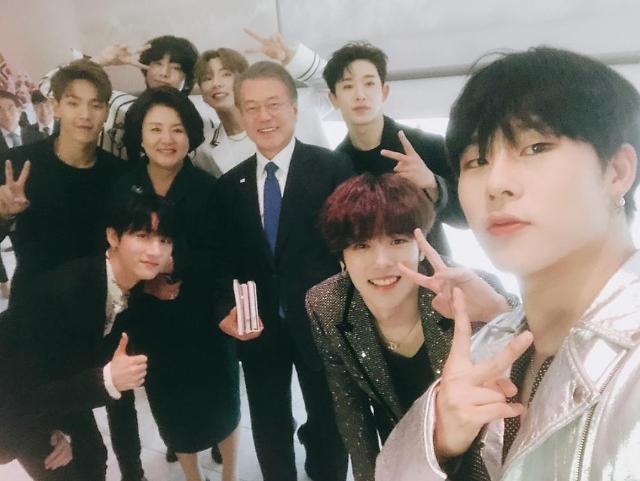 "It was an honor to be able to perform at the event which marks the 60th anniversary of diplomatic relations between South Korea and Norway!" MONSTA X wrote in a tweet uploaded on Thursday. The band uploaded two photographs which showed MONSTA X members posing for photographs with King Harald V, Moon and the first lady. 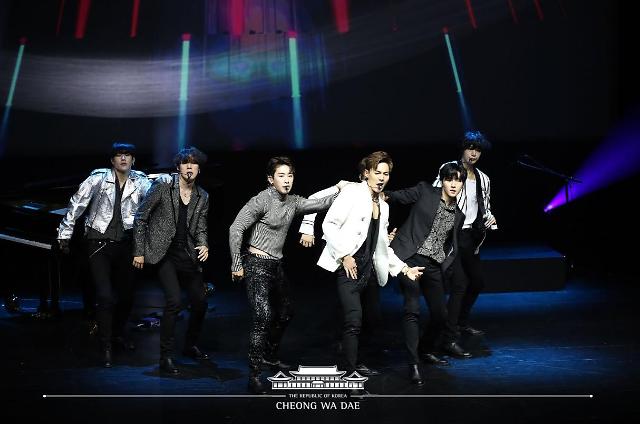 The tweet was uploaded hours after MONSTA X performed on the stage of Oslo' Opera House on Wednesday (local time). Other South Korean artists including female singer Jang Jae-in also participated in the mini K-pop concert. "Thank you very much for singing along to our song DRAMARAMA!" MOSTA X expressed gratitude toward the audience.