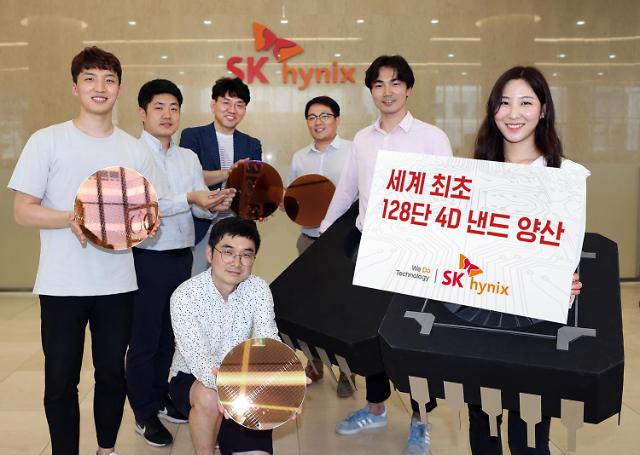 "SK hynix has secured the fundamental competitiveness of its NAND business with this 128-Layer 4D NAND," SK hynix Executive Vice President Oh Jong-hoon was quoted as saying. He said SK hynix will provide a variety of solutions to customers because the new chip has the industry's highest stacking density.

Currently, the global chipmakers are fiercely competing in the semiconductor industry to develop chips with the highest number of stacks. The density of stacked cells affects the size and power consumption of the chip. Customers are always looking for smaller and powerful chips to fit them into mobile devices such as smartphones and smartwatches.

The new chip will be shipped from the second half of 2019, SK hynix said, adding it is currently developing the next-generation 176-layer 4D NAND flash memory.