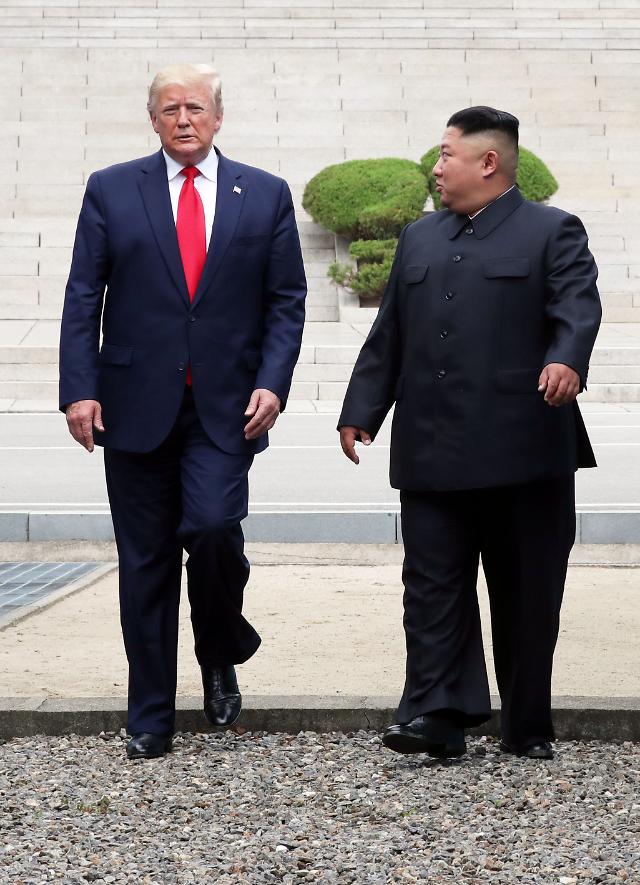 
SEOUL -- An unidentified object was detected by South Korea's military radar in the sky over the inter-Korean border, a day after U.S. and North Korean leaders had their historic rendezvous in the middle of the world's last Cold War frontier.

A squadron of jet fighters scrambled after unidentified traces were detected around 1 p.m. (0400 GMT) in the central part of the demilitarized zone (DMZ), which bisects the Korean peninsula, according to a short message from the South's Joint Chiefs of Staff (JCS).

The traces later turned out to be made by a flock of about 20 birds,  JCS officials said. South Korea informed North Korea of its operation through an inter-Korean military communication channel to prevent any accidental clashes.

DMZ is a four-kilometer-wide strip of land that has divided the Korean peninsula following the 1950-53 Korean conflict. The zone has been heavily fortified with minefields, concrete walls and electric fences. To remove the risk of war, the two Koreas stopped hostile activities on November 1 last year by setting up maritime, air and ground buffer zones in front-line areas.

On Sunday, President Donald Trump became the first U.S. head of state to step onto the soil of North Korea and shake hands with its leader in the truce village of Panmunjom, a symbol of division and Cold-War confrontation for more than six decades.