The condition of a great nation 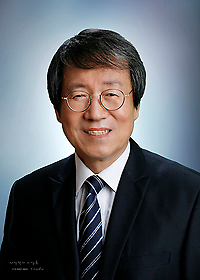 (This column contributed by Lee Jae-ho, a politics professor at Far East University, does not represent the opinion of Aju Business Daily.)

SEOUL -- German Chancellor Angela Merkel was named "Person of the Year" by Time, an American weekly news magazine, in December 2015. She was selected for showing 'moral leadership' such as rescuing Greece, which was in debt amid Europe's economic woes, and accepting Syrian refugees. It's because the world paid attention to Merkel and relied on her leadership at a time when traditional powers did not play their part.

She was associated with Japan's economic retaliation just on the day when it became a reality. The face of Japanese Prime Minister Shinzo Abe was overlaid on that of Merkel who courageously advocated an 'open Europe' in the face of the anti-immigration and far-right nationalist populism that has swept through Europe. The face of Chinese President Xi Jinping has also overlapped. It occurred to me that not all of them are large countries because of their large land, population and economy. Merkel, who has been the prime minister for 14 years and 8 months, will retire in 2021. Why is there no such leader in Northeast Asia?

Is it already late? The only thing left deep in the minds of people in South Korea and Japan was the scene of two leaders shaking hands for eight seconds before turning around at the G20 summit in Osaka. It seems to be long remembered as a historical event that symbolizes the segment of relations between the two countries. President Moon has left open the possibility of a summit with Abe even before the G20 meeting, but Abe turned away. Should he have done so, if Abe was the host and President Moon was an invited guest? He should have held talks and the matter of the court's ruling on compensation for forced labor could be discussed later. He cannot escape criticism that he lacked generosity, patience and selectivity as a leader who was able to discern current issues.

The Japanese government announced export regulations on three materials for semiconductors and displays, saying, "The trust between the two countries has been severely damaged." This is also difficult to understand. The World Trade Organization (WTO) is expected to give other countries the same benefits if they provide benefits in trade and non-tariff barriers to one country. Also, if benefits are given once, such as white list - there should be no rollback without sufficient reasons. It is doubtful whether the "damage to trust" referred to by the Japanese government is the cause of withdrawal.

Abe's hypocrisy is disappointing. At the G20 meeting, he vowed to be a free trade defender and urged the leaders of all countries to 'agree on a statement calling for a transparent, predictable and stable trade and investment environment.' As soon as such a meeting was over, he took anti-market and anti-free trade measures against South Korea. It wasn't something that the prime minister of Great Japan would say or do. Japan should remember that it had a hard time in 2010 because of Chinese regulations on exports of rare earths. Abe argued the latest move was "not against WTO rules," proving that he feels something awkward.

Abe should know that Koreans think that he is using this issue for his domestic politics. It is a universal recognition of the Korean society that this issue is being raised for the congregation of right-wing forces ahead of the forthcoming election for the House of Councilors. We believe that frequent demonstrations bashing South Korea are relevant to Abe's ambition of a conservative rightward shift. Abe must abandon any idea of ​​using anti-Korean emotions against domestic politics. It is more pointed out that this fight will lead to an exodus of South Korean firms from Japan and damage to Japanese companies, and that China will be the only winner. The Japanese press is pouring such concerns every day. Nevertheless, Prime Minister Abe seems to have been determined to go "the way of China".

President Xi Jinping also gave South Korea a hard time in connection with THAAD. South Korea insisted, "THAAD is an interceptor for North Korea's nuclear missile attack, so if the threat disappears, it will be dismantled." However, he turned a deaf ear, imposing an almost indiscriminate ban on imports of Korean products and tried to stifle South Korea by blocking tourism and Hallyu (Korean cultural wave) performances. After all, he stepped back after winning three 'no' promises, including no additional THAAD deployment, but every Korean made it reminiscent of the 'Humiliation of Samjeondo' by Qing dynasty emperor Hong Taiji in 1637.

Then, Xi Jinping made a speech at the Davos Forum in January 2017, "We encourage global free trade and investment and strongly oppose protectionism ... Every country has its own obligations and rights as equal members of the international community, although there may be differences in size, magnitude and wealth." It is questionable how the sincerity of this remark must have penetrated into the hearts of Koreans.

The two leaders have one thing in common. They can not say a word to the United States. President Xi has never lodged a protest with the US government, which owns and operates THAAD, and Prime Minister Abe has never responded even if he heard a word of insult from Trump about sharing defense expenses ahead of the G20 meeting. On the contrary, they treat an easy country at their disposal. So how will they be treated as great nations?

Japan never stopped dreaming of being a permanent member of the UN Security Council. China is going to become the center of the world again through one belt and one road. To achieve that dream, they first need to get the hearts of neighboring countries. They should bear in mind Mengzi's teaching that even a big country needs to serve a small country.

By the way, who keeps Europe or the world if Merkel quits? Trump? Oh no!