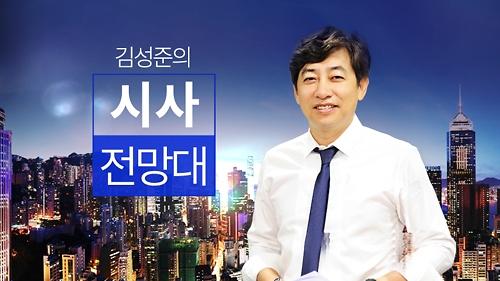 SEOUL -- A well-known news editorialist who served as a top anchorman at one of South Korea's top three broadcasters resigned after police launched an investigation into allegations that he has secretly filmed the lower body part of a woman at a subway station.

SBS said on Monday that the broadcaster has accepted the resignation of Kim Sung-joon, a 54-year-old editorial writer who had been a primetime news presenter for five years. The resignation followed media reports that he was caught for secretly filming a woman's lower body parts at a subway station in Seoul on July 3.

Kim, who started his career as an SBS reporter in 1991, became the main news anchor in 2011. He had been the iconic news presenter of SBS for about five years, gaining popularity for sharp and unique closing comments about controversial issues.

Many people expressed anger and disappointment at Kim, who has criticized public figures involved in sexual crimes through social media posts.

"Well… This news totally blindsided me. What he did was unthinkable, considering his position in South Korea's society," said "Red Ink", a user from South Korean online community Clien. Another user "Fiat" said: "Why did he not think that everyone would not recognize him? This case is so absurd."