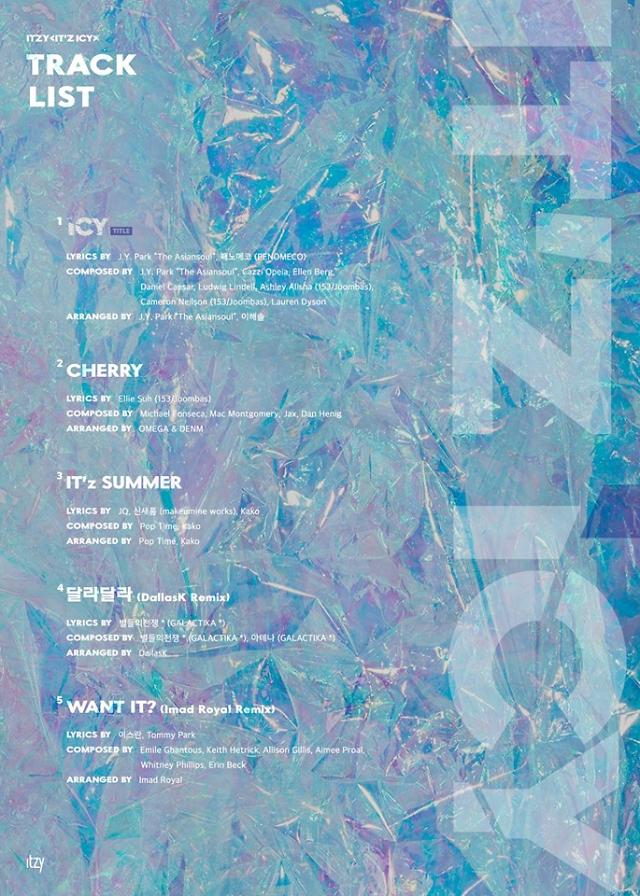 
SEOUL -- ITZY, a teenage K-pop girl band, released a tracklist for "IT'Z ICY", the band's first mini-album to be released on July 29.

The five-member band unveiled the tracklist through its social media on Friday. "IT'Z ICY" consists of five songs including "ICY", the title track, and a remix version of "DALLA DALLA", the band's debut song released in February.

ITZY produced by JYP Entertainment, an entertainment powerhouse which has girl band TWICE and boy band GOT7 under its wing, earned the nickname of "Monster Rookie" in February when the band captured the hearts of some 36 million people on YouTube in about 60 hours with a music video for its debut song "DALLA DALLA".

ITZY received a lot of attention from K-pop fans at home and abroad because the talented girls were well-known trainees who appeared in popular TV music audition shows, with all members known for their superb dancing skills and vocal ability.

The brainchild of Park Jin-young, a famous singer-producer who heads JYP, debuted with a strong dancer team concept which is quite different from its sister band TWICE, a nine-member girl band which gained popularity in Asian countries with a cute and friendly concept.