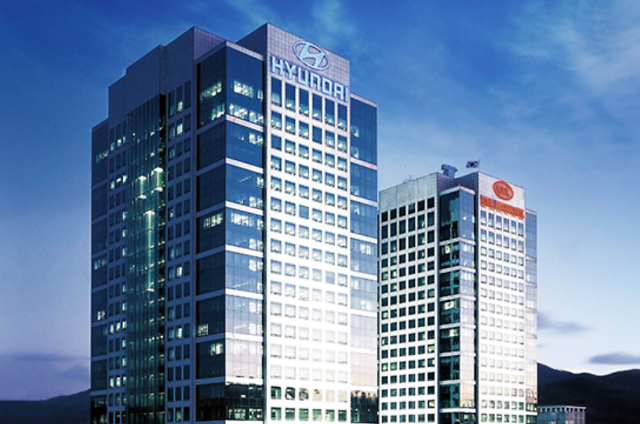 SEOUL -- South Korea's top auto company, Hyundai Motor, posted a 23.3 percent increase in its net profit in the second quarter of this year, helped by a weak won and brisk domestic sales of new models including sport utility vehicles. Overseas sales remained sluggish in major markets such as China and the United States.

In a preliminary earnings report on Monday, Hyundai Motor said its second-quarter net profit was up 23.3 percent on-year to 999 billion won ($848 million). Sales were up 9.1 percent to 26.96 trillion won.

Operation profit rose 30.2 percent on-year to 1.237 trillion won. It was the highest figure since the second quarter of 2017 when Hyundai Motor posted an operating profit of 1.34 trillion won.

The company attributed its second-quarter gain to a favorable exchange rate such as the won's weakness, improved profitability and an increase in sales of SUVs including Palisade and the release of a new Sonata model.

Globally, Hyundai Motor sold a total of 1.1 million units in the second quarter, down 7.3 percent from a year ago. it sold 200,156 units in the domestic market, up 8.1 percent, while overseas sales fell 10.1 percent on-year to 904,760 due to a sluggish performance in China and the United States.

In the first half of this year, Hyundai Motor's operation profit rose 26.4 percent to 2.06 trillion won and sales were up 8.1 percent to 50.95 trillion won.

In the second half, Hyundai Motor vowed to step up promotions for new models in the U.S. and India, forecasting a tough business environment and negative factors such as a prolonged U.S.-China trade conflict, weak investor sentiment and sluggish economic conditions in emerging economies.