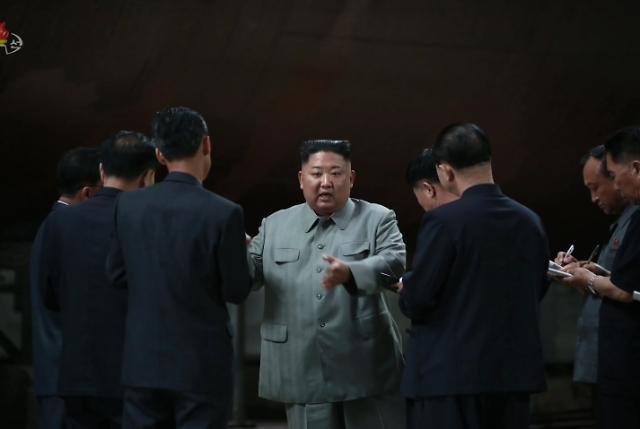 Kim "personally organized and guided the fire of the new-type tactical guided weapon as part of the power demonstration to send a solemn warning to the South Korean military warmongers who are running high fever" to introduce ultramodern offensive weapons and hold a military exercise in defiance of repeated warnings, according to the North's official Korean Central News Agency (KCNA).

Kim said that "his advice to the South Korean chief executive to understand in time the danger the developments will possibly bring, stop such suicidal act as the introduction of ultra-modern weapons and military exercises and come back to the proper stand as in April and September last year is addressed to the South together with the news of the power demonstration fire," KCNA said.

"The South Korean chief executive should not make a mistake of ignoring the warning from Pyongyang, however offending it may be," Kim was quoted as saying.

U.S. and South Korean troops will stage a command post exercise code-named "19-2 Dong Maeng (alliance)" in August for about three weeks. Seoul said the exercise is aimed at testing independent wartime operational capabilities. North Korea condemned it as a rehearsal for invasion that could affect denuclearization talks.

Trump said at a summit with Moon in April that South Korea agreed to purchase a "tremendous" amount of U.S. military equipment. Trump's remarks sparked a lost of speculation, but there was no confirmation from South Korea, with some officials saying the U.S. leader was probably talking about arms purchase deals that had already been decided. 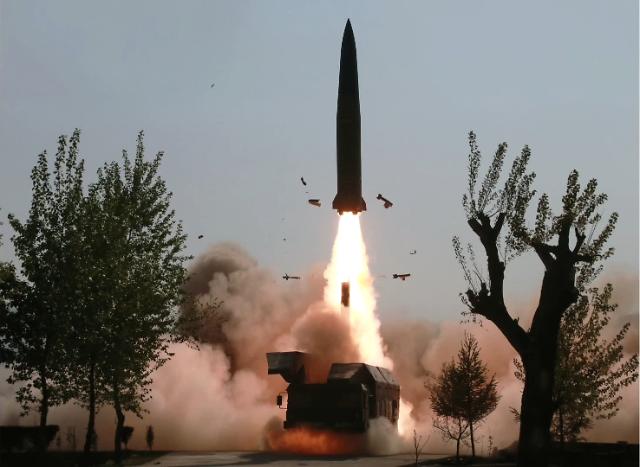 North Korea launched two missiles on Thursday from a place near the eastern port city of Wonsan. South Korea described them as "a new kind" of short-range ballistic missiles that flew 430 kilometers (267 miles) and 690 kilometers, respectively.

From an observation post, Kim watched the launch and said it must have given "uneasiness and agony to some targeted forces enough as it intended," KCNA said, adding Kim expressed gratification at "the specific features of the low-altitude gliding and leaping flight orbit of the tactical guided missile, which would be hard to intercept."

North Korea should "steadily develop powerful physical means and conduct the tests for their deployment for neutralizing those weapons posing undeniable threats to the security of the country immediately and turning them to scrap iron at an early stage when it is considered necessary," Kim said.

Kim accused South Korea of showing a "strange double-dealing behavior" of making a "handshake of peace" while introducing ultra-modern offensive weapons and holding military exercises behind the scene. "We can not but develop nonstop super powerful weapon systems to remove the potential and direct threats to the security of our country that exist in the South."

At their historic meeting on June 30 in the truce village of Panmunjom in the middle of the demilitarized zone which bisects the Korean peninsula, Trump and Kim agreed to resume stalled denuclearization talks. However, no concrete timetable has not bee announced.

Washington urged Pyongyang to stop provocations and return to talks. "We urge no more provocations," said State Department spokeswoman Morgan Ortagus. "What we're hoping is that after the historic visit that the president had at the DMZ with Kim Jong-un ... is that we can continue to move forward on the commitments made in Vietnam."

"This administration is committed to diplomatic engagement with the North Koreans and we continue to press and hope for these working-level negotiations to move forward," Ortagus said.