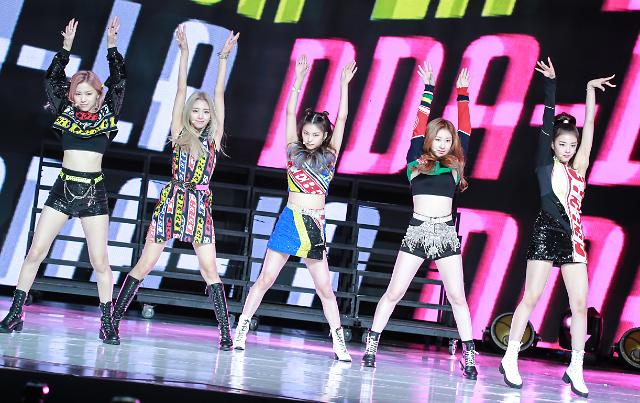 "ICY", released on Monday, is dominating the K-pop scene at home, topping song charts of music services including Genie, Bugs and Soribada. The summer-themed track caused an explosive response from social media users and the music video for "ICY", pre-released at midnight Sunday, has garnered 25,035,553 YouTube views in less than 35 hours.

"ICY" was included in the band's mini-album "IT'Z ICY", which topped iTunes albums charts in 11 countries including Turkey, Singapore, Mexico and Hong Kong.

ITZY came back five months after it earned the title of "super rookie" when it debuted with "DALLA DALLA" in February this year. The band broke the record for the fastest K-pop band to reach 100 million views on YouTube with its debut song.