SEOUL -- As North Korea steps up a program to develop submarines capable of launching ballistic missiles, the United States has approved the potential sale of 12 MH-60R Seahawks, a multi-mission helicopter which can detect and track submarines and surface ships and attack with torpedoes and missiles.

In a statement posted on its website, the Defense Security Cooperation Agency (DSCA), a state body under the Department of Defense, said that the possible sale of 12 MH-60R Seahawk helicopters to South Korea at an estimated cost of $800 million has been approved by the State Department. The Sikorsky MH-60R carries sonar, search radar, light torpedoes, missiles and a machine gun.

.S. approval came before South Korea completes the evaluation of proposals from bidders. The Defense Acquisition Program Administration (DAPA), a state body controlled by South Korea's defense ministry, has asked the U.S. government to confirm the availability of helicopters through a foreign military sale (FMS) program.

Initially, South Korea had tried to purchase AW159 Wildcats through commercial bidding, but the mood changed after Lockheed Martin sent a notice in November last year that it can sell Seahawks through the FMS program which facilitates sales of American arms and defense equipment to foreign governments. 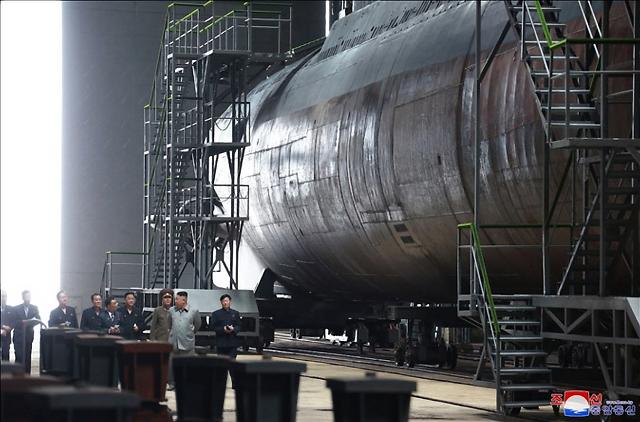 South Korea has been a big market for defense contractors with its multi-billion-dollar purchase list including a number of advanced weapons and equipment such as Boeing's EA-18G Growlers, Boeing's E-737 early warning aircraft and missiles. Four E-737s are already in service in South Korea.

Under a 2014 deal with Lockheed Martin, 40 F-35A Lightning II stealth jets will be delivered to South Korea by 2021. Military officials have hailed the deployment of stealth jets as a milestone in South Korea's air defense because they can attack crucial military facilities in North Korea and probably beyond the Korean peninsula. The first batch of two F-35As arrived in South Korea in March.

The intermittent appearance of Chinese warplanes flying through strategic air corridors between the Korean peninsula and Japan has triggered security alerts in Northeast Asia. Beijing, which is about 950 kilometers (590 miles) away from Seoul, has reacted sensitively to U.S. strategic military assets in South Korea. Air force officials believe stealth jets will work together with four RQ-4 Global Hawk surveillance planes and four Airbus A330 MRTT refueling tanker planes.

South Korea condemned the unprecedented intrusion as a serious security issue as it followed a joint flight by Russian and Chinese bombers through the Korean Air Defense Identification Zone (KADIZ), an air defense zone claimed by Seoul.

The defense ministry said it was an all-purpose flight by Russian and Chinese warplanes, to check the U.S. strategy in India and the Pacific, collect military information such as the deployment of weapons systems and military facilities in South Korea and Japan where U.S. troops have been stationed since the end of World War II.