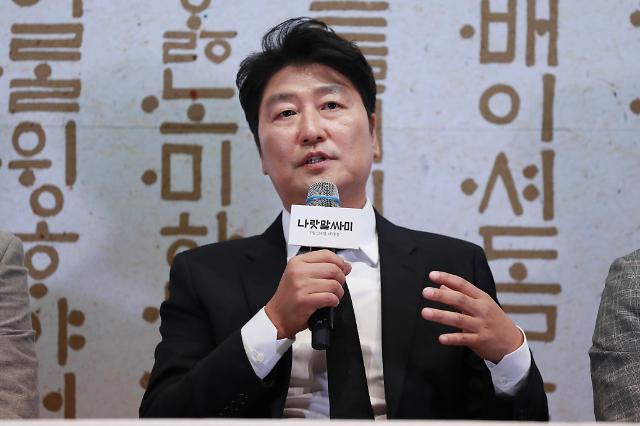 The 52-year-old, who is recognized for his acting career at home and overseas, was honored with the excellence award at Locarno International Film Festival held in Switzerland on August 12 (local time). Previously, world-famous actors such as John Malkovich, Edward Norton and Ethan Hawke were given the award.

"Looking back on the past 30 years as an actor, it was an undeservedly glorious process." the actor told audience after he received the award. Song also said, "I am happy and honored to receive a meaningful and great award in the beautiful Locarno, where tradition and history run deep."

The veteran actor is often seen as the persona of world-famous film director Bong Joon-ho. Song expressed gratitude toward the director by saying: "I wish to dedicate this award to director Bong Joon-ho, who is my eternal comrade, friend and a great artist who represents South Korea."

Song played the father of a lower-class family in Parasite, coloring tragic and horrible scenes with a touch of comedy. The black comedy film was given the grand award at this year's Cannes Film Festival in May.