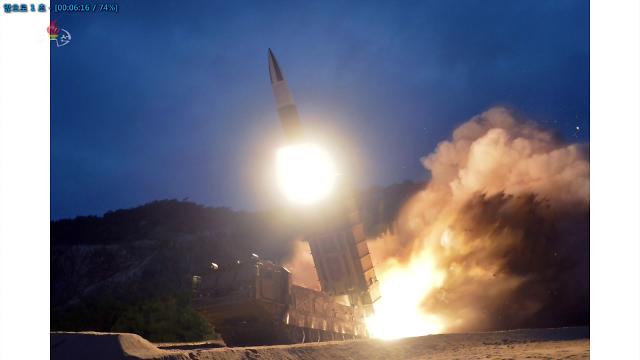 SEOUL -- North Korea has fired two short-range projectiles into the sea, 10 days after it launched two projectiles on August 6, shortly after Pyongyang warned Seoul that North Korea could end dialogue with South Korea in protest against an ongoing South Korea-U.S. joint military exercise.

The Joint Chiefs of Staff (JCS) said in a statement on Friday that two projectiles were fired around 8:01 a.m. (2301 GMT) and 8:16 a.m. from North's eastern coastal county of Tongchon in Kangwon Province into the East Sea. Both missiles flew about 230 kilometers (142 miles) at a maximum altitude of 30 kilometers at the maximum speed of about Mach 6.1 (7,472 kilometers per hour).

"We are monitoring the situation for additional launches while maintaining a readiness posture," JCS said. The South Korean and the United States intelligence authorities are analyzing the projectile to find out their exact type.

The presidential Blue House urged Pyongyang to stop such actions which could heighten military tensions on the Korean peninsula.