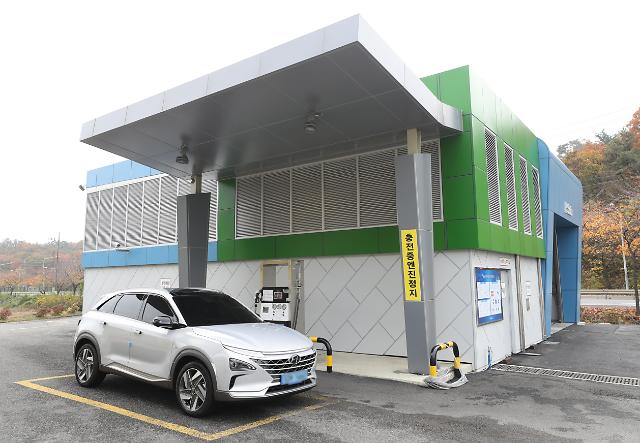 The Korea Institute of Energy Research (KIER) said its research team led by Ryi Shin-kun has succeeded in implementing an electroless plating method, which is the core of a compound membrane-type palladium separator.

Currently, natural gas-based hydrogen production technology is a methane water vapor conversion method that applies catalytic reactions. It requires high temperatures and a wide area for follow-up processes. KIER researchers said that if a palladium separator is introduced in the methane steam conversion process, it can be operated at relatively low temperatures of 500 to 550 degrees.

Because only hydrogen can be optionally separated and purified from synthetic gas, it is not necessary to add additional refining, they said. "We have also made hydrogen purifiers that are applied with separation membranes," Ryi said. "We hope our on-site high purity technology will play an important role in hydrogen production and refining."

South Korea has adopted hydrogen fuel cells and electric batteries as a mainstream fuel in the future. President Moon Jae-in has unveiled a roadmap to produce 6.2 million fuel cell vehicles for domestic consumption and exports by 2040. Because of its eco-friendly characteristics, fuel cells are considered the next-generation renewable power source.