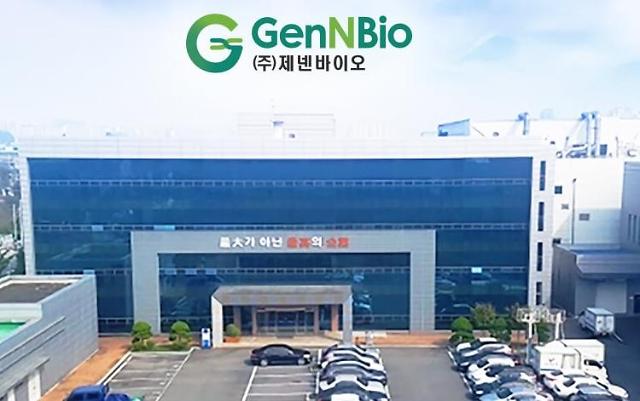 Park, a professor at Seoul National University of Medicine who headed the state-financed Xenotransplantation Research Center, will work with GenNBio specializing in experiment and analysis of new drugs and organ transplantation as well as the development of bio organs.

On Wednesday, GenNBio CEO Kim Sung-Joo said he would establish a large research center for cross-species organs in Pyeongtaek south of Seoul by 2020 for the mass production of transformed pigs, along with clinical trials.

With Park's research team, GenNBio will conduct research and develop pigs optimized for transplantation. The ultimate goal is to establish a specialized hospital for xenotransplantation.

Park's research has focused on pig pancreatic transplants to treat Type 1 diabetes, which usually develops in children. Type 1 diabetes does not produce insulin in the pancreas by birth, so receiving a pancreas transplant is a fundamental treatment.

"While laws and systems regarding xenotransplantation are lacking at home, it is positive that laws regarding high-tech regenerative medicine and high-tech biologic drugs have been passed recently," Park said, predicting the first case of clinical trials for heterogeneous pancreatic transplantation may come in March or April next year.

The rejection of animal organs in human bodies has been a major cause of transplant failure. Cloned pigs have been genetically modified for stable xeno-transplantation.

The state-run National Institute of Animal Science produced a pig through transgenic animal cloning in August 2010 to have a gene that causes excessive production of membrane cofactor protein and prevents hyperacute and acute rejection. In the institute's 2016 experiment, a Philippine monkey transplanted with a heart and a cornea from a genetically modified pig had survived for 51 days.