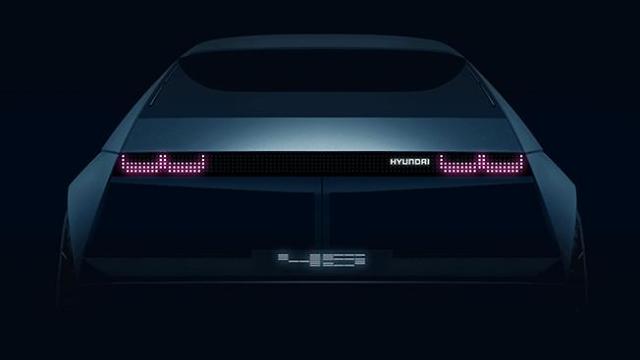 SEOUL -- A rendered image released by South Korea's Hyundai Motor showed an electric vehicle concept that will be showcased at a motor show in Frankfurt, Germany, in September. Hyundai said its new concept was inspired by Pony, the company's first model which made its debut in 1975.

"Inspired by looking back at the brand's first model in the 1970s, the 『45』 fully-electric concept car will act as a symbolic milestone for Hyundai’s future EV design," the company said in a statement, adding the 『45』 concept car will be unveiled to the world on September 10 at the Frankfurt Motor Show.

Hyundai said the new concept accentuates the forward-driven design direction while exploring the evolution of its "Sensuous Sportiness" design language. Sensuous stands for enhanced emotional values that customers can experience through design and Sportiness is determined to implement those values through innovative mobility solutions, the company said.

"The design philosophy strips away complexity celebrating the clean lines and minimalistic structure of the original Hyundai Pony," Hyundai said. The Pony was a small rear-wheel-drive car produced by Hyundai from 1975 to 1990. It was South Korea's first mass-produced car. Hyundai began exporting the Pony to Latin America in 1976 while European exports began in 1978.