The reason why our companies are struggling in the Chinese market 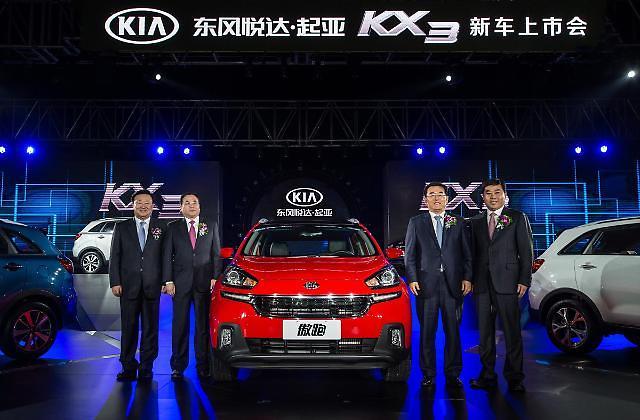 SEOUL -- Before China's retaliation against THAAD, few painted failure and frustration for South Korean companies operating in China. It's not because there was no fear of a crisis, but there were vague expectations that they would be more successful. Misjudgment was fueled by confidence that they have an edge over local and Japanese rivals. It is no exaggeration to say that there was no preparation for changes in market structure and great trials due to oversupply versus demand. The rise of Chinese companies within the framework of competing structures and the lack of understanding of the dynamics structure among global players failed to predict the disaster that would come. Although retaliation against THAAD is not a decisive cause, it is reasonable to say that it is related in that it overlaps with time.

A case in point is Hyundai and Kia. In 2010, oversupply in China began to emerge as the biggest problem for manufacturing. In 2013, the bankruptcy of Suntech, the world's largest solar energy company, took a toll. It became the prelude to the dilemma in China, the "factory of the world." The reason for this was a continued increase in demand for new cars. It is not that there has been no prospect of a drop in demand one day. Sure enough, as the growth rate of demand has slowed since 2016, a shocking result was negative 3 percent in 2018. It's something that will come. The decline in demand is still ongoing.

Despite such sluggish sales, joys and sorrows between finished vehicle makers in China are intersecting. There is a clear contrast between successful factories and plants going under. If you lose the market, there is no choice but to reduce operation or move to other countries. In particular, U.S.-based Ford, France's Peugeot or PSA are rushing to pull out of the country. Hyundai, Kia and other Korean companies have been on a steep downturn in the market for three consecutive years, while Japanese cars are increasing their market share. The 2011 territorial dispute over Diaoyudao Islands, known in Japan as Senkaku Islands, sent the market share of Japanese cars plunging at one point, but
from 2015, they made a full comeback and are now far ahead Korean cars.

China's GDP fell 0.4 percent in 2015, but sales of Japanese cars reached 3.41 million units, up 8.3 percent from a year earlier, pulling the trigger for recovery. Japan's share of the Chinese market reached 19.1 percent in 2018, and it is rising to 22.5 percent in the first half of this year. Since hitting a record high of 9.0 percent in 2014, the share of South Korean cars has fallen for four consecutive years to 7.9 percent in 2015, 7.4 percent in 2016, 4.8 percent in 2017 and 4.7 percent in 2018. In the January-February period this year, the figure fell to around 3.8 percent. The gap between Korean and Japanese brands is widening further in China. If they fail to surpass Japan's stronghold, their position in China will be further reduced. If they fail to meet the high standards of Chinese consumers, there is no longer a middle ground where they can stay.

If you don't follow the exact market forecast, it's only a matter of time to become a loser. No rule-of-thumb approach.

China's local carmakers are showing stellar growth. The leap forward of Geely, which emerged as the fourth-largest seller in the Chinese market last year, is particularly remarkable. It has acquired European car manufacturers and is on a roll with increased technical skills. When I visited the headquarters of Geely in Hangzhou, Zhejiang Province, in 2012, I saw the slogan "Let's benchmark Hyundai Motors" in the lobby. It had the ambition to emerge as a strong player in the market only by catching up with Hyundai, not just benchmarking. It is not just a Geely. Most Chinese carmakers are making a strategic judgment that they can be successful not only in China's domestic market but also in overseas markets only when they pass over South Korean cars.

China's domestic car market is expected to widen the gap between strong and weak. As the excess of production facilities began to be exposed in 2012, an excess of more than 12 million units was created in 2018. As operation rates naturally fall to the 70 percent range, there was no choice but to go on fierce competition. As the operation rate of South Korean car factories fell below 50 percent, due to Chinese brands armed with low prices and U.S., German, and Japanese brands with good quality and reputation. The operation rate of Hyundai's commercial vehicle plant in Sichuan is only in the 10 percent range. At last, Hyundai Motor's oldest first plant has been shut down, and other plants are being pushed to the point where they can close as the situation unfolds. Kia's first plant in Yancheng was handed over to its joint partner Yueda and is trying to transform itself into an electric vehicle plant.

The oversupply of production facilities is a constant factor. It is not a matter to be solved quickly. A brand that has become a loser has no choice but to leave. It is reasonable to say that the failure of Hyundai and Kia resulted from their excessive optimism and underestimating their rivals. There is no guarantee that a similar situation will not occur in the U.S. or India if accurate predictions are not followed. The hardships of Korean goods in China are not just cars. Recently, cosmetics dropped to second place after giving up the top spot to Japan. If we do not keep a close eye on local and global competitors and also on how the Chinese market is changing, we will face a more difficult situation. No more rule-of-thumb access.


(This column was contributed by Kim Sang-chul, a former supervisor of KOTRA in Beijing and Shanghai.)