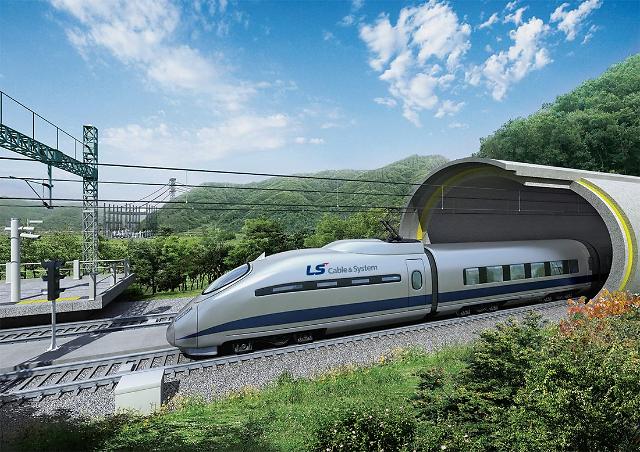 
SEOUL -- LS Cable & Systems, a major South Korean cable maker, has developed an aluminum rigid bar power supply system for high-speed railways. The new system could reduce the cost and size of train tunnels thanks to its simple structure.

LS Cable said in a statement on Thursday that its rigid bar is made of aluminum instead of copper and does not need facilities to support power lines, allowing builders to design narrower tunnels at a cheaper cost.

The aluminum rigid bar was developed in a state-funded project involving the Korea Railroad Research Institute and the Korea Rail Network Authority, a state body that governs a nationwide network of railroads. LS Cable said it will earnestly target the global market.

Rigid bars are widely used in various railroad types ranging from subways to bullet train railroads. LS Cable has localized rigid bars for normal trains which travel at the speed of 250 kilometers (155 miles) per hour in 2013, but those used in high-speed railways were imported from countries such as Switzerland.