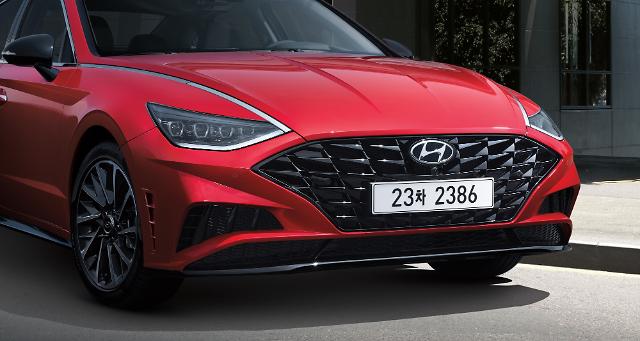 SEOUL -- Hyundai Motor has released the sporty version of "Sonata", a best-selling model at home, which was equipped with a 1.6-liter turbo engine and modified exterior parts designed to house an aggressive look targeting consumers who wish to own a family sedan with good driving performance.

Hyundai introduced the pet name of the turbocharged Sonata as "Sonata Sensuous" and said it would hit the market on Friday. The new turbo version is fitted with a Smartstream 1.6-liter turbo engine embedded with continuously variable valve duration technology (CVVL).

CVVL is a technology which controls the timing of valve opening and closing to maximize an engine's fuel efficiency and performance. Hyundai's new technology also controls the time a valve stays open, allowing the engine to adapt and match valve timing to its driving environments in real time. 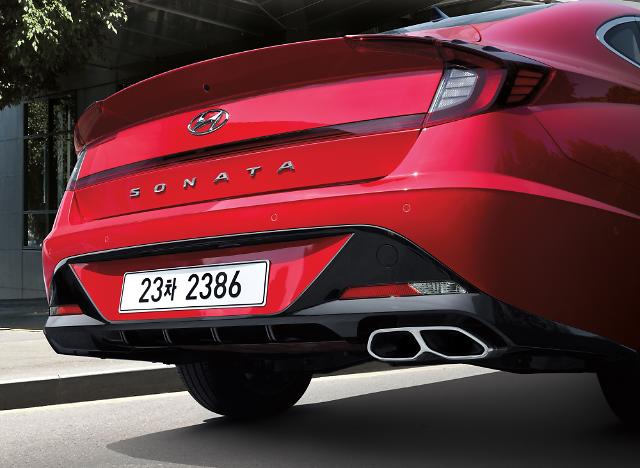 Sonata Sensuous also had its front grill and muffler tips modified to feature an aggressive look. The front grills got wider while a single twin-tip muffler tip was attached. The car is installed with an eight-speed automatic transmission. The highest trim of the turbocharged version of Sonata comes with a price tag of 30,730,000 won ($25,744).

Sonata is Hyundai's iconic mid-sized sedan lineup that was first released in 1985. The sedan has been popular among consumers in their 30s and 40s over two decades.