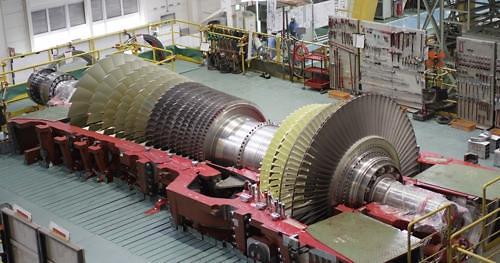 Gas turbines are vital parts that generate electricity using highly pressurized hot gas at thermal power plants. When a gas turbine breaks down, it causes serious physical damages such as explosion and other problems such as emission of harmful gas and other pollutants.

Korea Electric Power Corporation (KEPCO) said in a statement on Thursday that the company has developed an artificial intelligence (AI)-based gas turbine monitoring system that would collect data from sensors installed in generators to study information. Collected data will be analyzed to prevent breakdowns by predicting parts malfunction.

"This is the world's first case of AI-based gas turbine monitoring system," a KEPCO official was quoted as saying. The state electricity company said it will prove the usefulness of the AI-based monitoring system and target the global market.