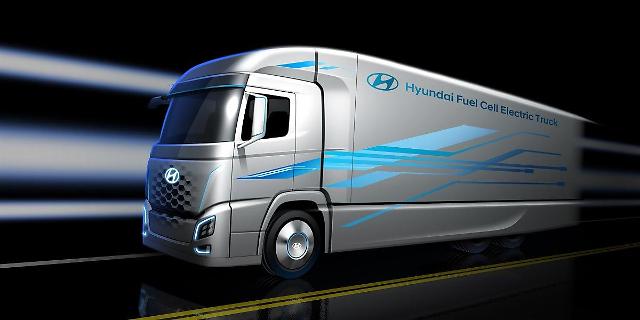 The two companies said in a joint statement that they have entered into a memorandum of understanding to jointly evaluate opportunities to develop and commercialize electric and fuel cell powertrains by combining Hyundai's fuel cell systems with Cummins' electric powertrain, battery, and control technologies.

The initial development will be focused on the North American commercial vehicle market, but they said they would also explore ways to develop next-generation fuel cell systems and pursue other areas of collaboration.

"This partnership is a terrific opportunity for both companies to leverage our respective strengths and create new opportunities to grow and broaden the product portfolio we bring to our customers," Commins vice president Thad Ewald was quoted as saying.

The partnership will enable Hyundai to reinforce its global hydrogen leadership through sales of new and existing fuel cell systems, said Kim Sae-hoon, who heads the auto group's fuel cell division. "With Hyundai's global leadership in fuel cell systems coupled with Cummins' unparalleled electrified powertrain technologies, we expect this partnership to leave a mark in the commercial vehicle market.”

Collaboration may extend beyond the commercial vehicle market as the two companies will evaluate the development of fuel cell power generators, they said, adding the availability of reliable back-up power generation to prevent data loss in emergency situations is a business-critical requirement for many organizations.

The Hyundai auto group leads a government campaign to replace combustion engines gradually with hydrogen fuel cells and electric batteries. South Korea has unveiled a roadmap to secure its firm leadership in the global market by producing 6.2 million fuel cell vehicles by 2040. Hyundai has touted hydrogen fuel as an alternative to solve global problems such as pollution and restore resource depletion because of its eco-friendly characteristics.

In April, Hyundai agreed to set up a joint venture with Swiss hydrogen company H2 Energy (H2E) and provide 1,600 fuel-cell electric trucks for seven years by 2025. Hyundai would modify its Xcient heavy-duty trucks that can deliver a travel range of about 400 kilometers (248 miles) on a single charge.

In June, Hyundai Rotem, a train-making subsidiary of South Korea's Hyundai auto group, agreed to unveil the prototype of low-floor electric trams powered by hydrogen fuel cells next year. The Ministry of Land, Infrastructure and Transport has called for the commercialization of hydrogen-powered trains after 2025.