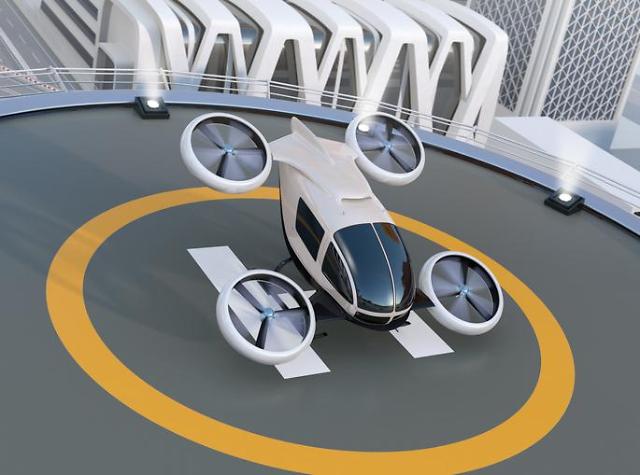 SEOUL -- As personal air vehicles and autonomous air taxis emerge as a promising future industry, South Korea's Hyundai auto group jumped into the race to develop "flying cars" by appointing a prominent NASA researcher as the head of its newly-established division for air mobility.

Hyundai said in a statement that it has appointed Shin Jai-won, who has led NASA's Aeronautics Research Mission Directorate for 11 years, as executive vice president and head of the group's Urban Air Mobility Division to develop smart mobility products related to flying cars.

"Having worked on cutting-edge aviation research and development at NASA for 30 years, I am very excited and humbled by the opportunity to now shape urban air mobility strategy at Hyundai Motor Group," Shin was quoted as saying. "The new team at Hyundai will develop core technologies that will establish the company as a driving force in urban air mobility, a sector that is expected to grow into a market worth $1.5 trillion within the next 20 years."

Shin, who was internationally recognized as a leader in the aviation research community, oversaw a $725 million program to lead many new aeronautics research initiatives such as supersonic X-plane and urban air mobility.

Urban air mobility is a new idea that utilizes flying transports such as compact-sized airplanes and multi-copters in crowded urban areas to provide quick travels and ease traffic. Hyundai said it would provide innovative and smart mobility solutions which were never seen or thought before.

Chung Eui-sun, the auto group's executive vice chairman, has revealed his interest in the flying car market. "Drone taxis flying in the sky are more of a driving airplane concept," he told a press event in New York on September 24. "I think corporate and private markets will be commercialized together."

After mobility services such as car-sharing and connected cars gained attention around the world for convenience and affordability, Hyundai has expanded its portfolio to embrace the global smart mobility service market and target different consumer groups with differentiated products.

In September last year, Hyundai made a strategic investment in Migo, an American mobility service specialist. This year, the group partnered with the Skolkovo Innovation Center, a Russian Silicon Valley, to create a mobility startup.

Startups as well as global giants such as Airbus, Boeing and Uber are vying to develop PAVs and air taxis, which are emerging as a future system of travel on urban roads as the doorstep-to-doorstep average speed for cars is predicted to degrade further.

Uber has said it's on track to start flying its first all-electric air taxis on a demonstration basis next year, with commercial service due to begin in the Dallas-Fort Worth and Los Angeles areas in 2023. The Uber concept shows its electric vertical-takeoff-and-landing craft, or eVTOL, transitioning from vertical to horizontal flight after a copter-like liftoff.

In July, Hanwha Systems, a provider of defense products in South Korea, decided to invest $25 million in K4 Aeronautics, a U.S. personal air vehicle developer, to participate in the development of PAVs.