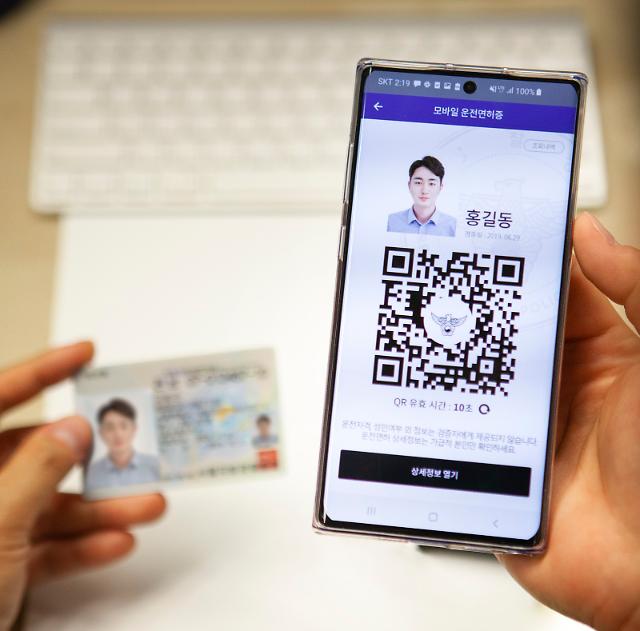 SEOUL -- South Korea can maintain its reputation as one of the world's most wired countries with the introduction of digital driver’s licenses which are expected to come next year through cooperation between police and mobile carriers.

SK Telecom and two other mobile carriers signed a business agreement on Wednesday with police on the mobile driver's license verification service that will be introduced as early as the first quarter of next year. The service is based on digital barcodes.

Smartphone users can verify driving qualifications and identity in real time through the verification system of police and KoROAD, a state traffic safety agency in charge of license examination and management.

The mobile carriers will use PASS, a joint authentication application, and apply multiple safety devices such as blockchain to prevent the forgery of encrypted data. Personal information will be stored only in safety areas inside smartphones, with distributed principals adopted to operate only the minimum encrypted data.

In the digital ear, mobile driver's licenses are regarded as the next generation of identification requirements and are expected to promote public safety and security. Moreover, officers can verify the genuineness of ID documentation and driving credentials securely and efficiently.