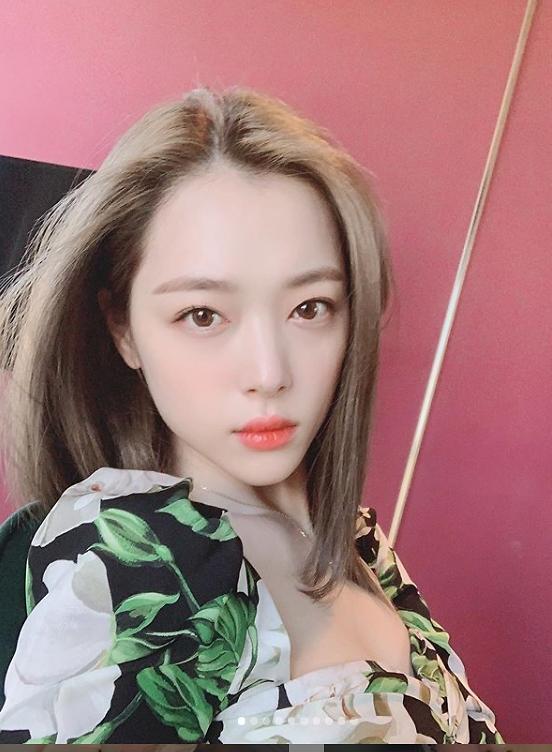 SEOUL -- Sulli, a former f(x) member who has been the frequent target of hate comments, was found dead at the second story of her house, sparking speculation about her suicide. Police did not find her last note in their initial search that followed a tip from her manager. She died at the age of 25.

Police said the body of Choi Jin-ri, better known by her stage name Sulli, was found by her manager on Monday afternoon at her house in Seongnam, a southern satellite city of Seoul. The manager couldn't reach Sulli since they last talked at 6:30 p.m. (0930 GMT) the previous day..

Sulli debuted as a child actress in 2005 and joined f(x) in 2009. After leaving the band in 2015, she had received attention for her online battle against radical feminists who have criticized the singer for uploading Instagram images which they thought were provocative.

She appeared in "Hotel Del Luna", a comedy-horror cable TV dramas, as a cameo in August. It was her first appearance as an actress in about two years.

Cyberbullying has been a problem in South Korea's entertainment scene for decades. Some entertainers have committed suicide due to depression aggravated by malicious online comments. Sulli became a target in 2016 when some radical online feminists accused the actress of shooting photographs which were reminiscent of a cute and sexy teenage girl.

Unlike other celebrities who hesitate to take strong action, Sulli fought back hard, denying all accusations while uploading more provocative posts onto her Instagram. Even at the moment of her death, she had received a fair amount of malicious comments.

K-pop band BTS, which has plagued by malicious comments, took legal action against cyber bullies last year. In December 2017, Jonghyun, a SHINee member, committed suicide and experts agreed that cyberbullying played a role in his suicide.