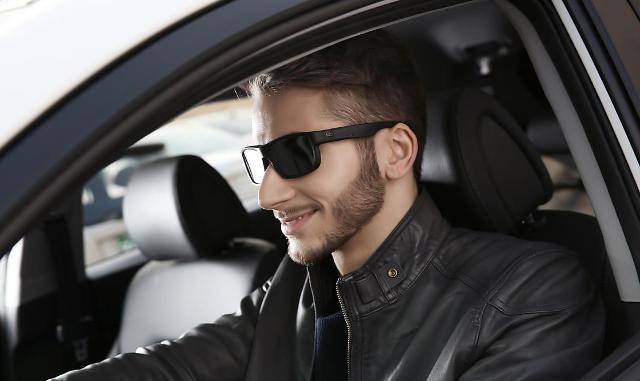 Innocean said Tuesday that Glatus can alert drivers if they doze off or face danger on the road. The price is $295 for ordinary products and $355 for premium products. Glatus was introduced at Kickstarter, an American public-benefit corporation based in Brooklyn, to take pre-orders.

Innocean said that Glatus is "most optimized" in everyday life as sensors detect sunlight at various angles to track the ultraviolet index in real time and provide voice alarms. It has a function to detect the driver's real-time operation and prevent danger. Built-in sensors measure the vehicle's interior air quality and analyze eye flicker to provide alerts according to the risk of sleepiness.

Innocean has cooperated with Skelter Labs, an artificial intelligence company, to expand functions of Skelter's smart sunglasses for commercialization. Smart glasses are defined as wearable computer glasses that can change optical properties at runtime. They may collect information from other instruments or support wireless technologies. Some models feature full lifelogging and activity tracker capability.

In April, Innocean forged a strategic partnership with Skelter Labs to push for various business projects related to wearable smart devices, a customized test drive system and other new technologies. Skelter Labs is an engineering-driven AI company founded in 2015 by AI experts and ex-Google engineers and develops applicable AI in conversation, vision, speech, and context recognition.

Skelter Labs has been involved in a number of projects with other companies to apply its technology to various areas including smart speakers, smartphones, home appliances, automobiles and wearable devices.