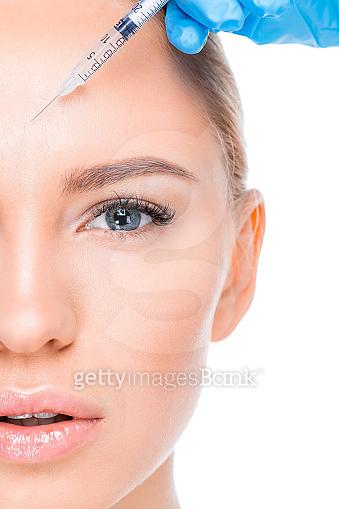 
SEOUL -- Medytox, a major botulinum toxin (botox) producer in South Korea, was ordered by a state watchdog to recall and dispose of some products distributed abroad because they were found to be unfit for quality standards.

The company's botox product, named Meditoxin in South Korea and Neuronox abroad, was approved in March 2006. Since botox was introduced in South Korea mainly for aesthetic treatment of facial wrinkles, Medytox has seen dramatic growth in sales.

The Ministry of Food and Drug Safety, a government agency responsible for promoting public health, has investigated Medytox' plant on a report by the Anti-Corruption and Civil Rights Commission that the company has committed illegal activities in the production of Medytoxin. The commission addresses public complaints, improves unreasonable systems, and prevents corruption in the public sector.

The ministry released the results of its investigation on Thursday and ruled that some of Medytox' botox products licensed for export were unfit for quality standards. Medytox set up a new plant in 2017 to boost production, but it was suspected of manipulating data, although quality and stability tests showed some products were inadequate.

There was no problem with domestic products, but the ministry discovered problems with products for export. Medytox should identify how much it has distributed its products abroad and submit a specific recovery plan.

The ministry's order came as Medytox was locked in a patent war with its domestic rival, Daewoong Pharmaceutical. Daewoong unveiled Nabota, a botox product for the treatment of frown lines, in 2016 and secured approval from the U.S. Food and Drug Administration in February this year. Medytox filed lawsuits in U.S. and South Korean courts, claiming that Daewoong has violated trade secrets by recruiting a former Medytox employee to steal information on strains and manufacturing.

Botulism toxins are produced by bacteria of the genus Clostridium. Medytox insisted its botulinum strain type A "Meditoxin" cannot be found in a natural state because it does not form spores, while Daewoong said the strain was sporiferous and found in a stable.