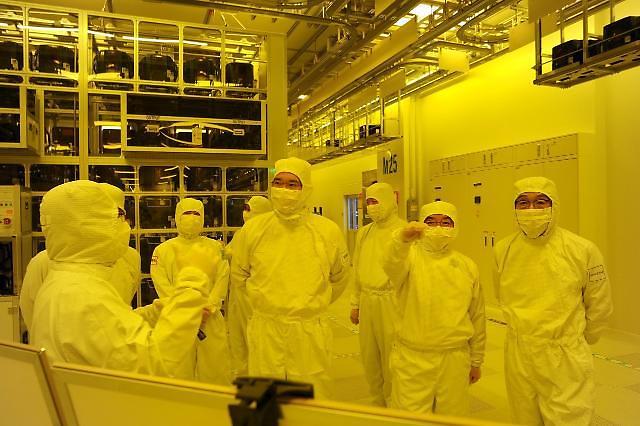 SEOUL -- The localization of high purity hydrogen fluoride used by Samsung Electronics for the production of microchips will go into full swing through cooperation with Wonik Materials, a specialty gas manufacturer in South Korea, to cope with Japan's export restrictions.

Hydrogen fluoride, also known as etching gas, is used to wash away foreign substances in the process of piling up silicon wafers. Japanese firms have dominated the global high-purity hydrogen fluoride market. It is a key material included in Japan's strengthened regulations on exports to South Korea on July 4.

"We are gradually increasing our purity after importing, synthesizing and refining raw materials," a Wonik official said. "After finishing our test this year, it will be applied to Samsung's semiconductor line next year."

The hydrofluoric acid solution is used for wet etching while etching gas is used for dry etching. "It is much more difficult to make a gas form than a liquid form," the official said, adding Wonik plans to diversify raw material imports from Japan to other countries. "Etching gas, which is dominated by Japanese companies, was assessed to be about 15 years behind Japan five years ago, but now we have narrowed the gap considerably."