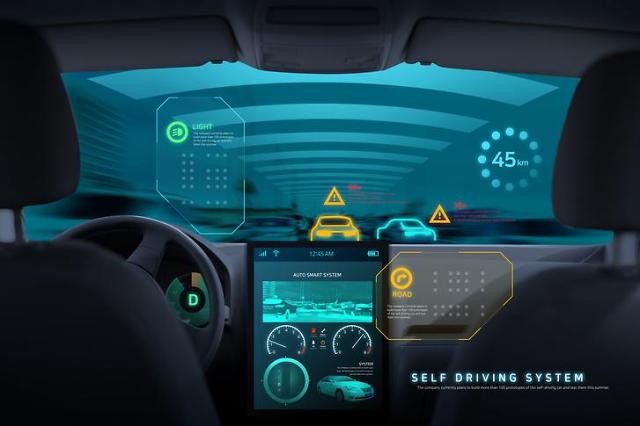 The demonstration at the test center of Hyundai Mobis in Seosan about 90 kilometers (56 miles) southwest of Seoul involved two self-driving test cars. The front car reflected information obtained through cameras and radars on the map in real time and passed it to the rear vehicle.

Hyundai Mobis and KT demonstrated real-time map updates, driving around construction sites, the prevention of collision with preceding vehicles in case of sudden stops, 5G video streaming of emergency situations and recognizing pedestrians. They would establish a remote monitoring system for self-driving test vehicles on ordinary roads and monitor the data of self-driving sensors in real time.

KT and Hyundai Mobis have agreed to develop real-time updates for a navigation system and cellular vehicle-to-everything technology (C-V2X). In December last year, KT produced the prototype of an advanced vehicle communication terminal, based on C-V2X, which is instrumental in advancing vehicle connectivity for crash-free autonomous driving.

V2X communication is the passing of information from a vehicle to any entity. It incorporates other more specific types of communication to ensure road safety, traffic efficiency and energy savings. C-V2X communicates with a cellular network for cloud-based services like navigation and infotainment and uses a direct link to communicate with other vehicles, smart infrastructure and pedestrians.

Hyundai Mobis has accelerated the development of sensors, cameras and other parts for autonomous vehicles and infotainment. At CES 2019 in Las Vegas, the company showcased M.VISION, an advanced system for a high level of autonomous driving, using powerful sensors and radars. A modular self-driving kit that can accurately identify 360 degrees around is the core of M.VISION.