Kim appears to be pushing for new summit with Trump in December: spy agency 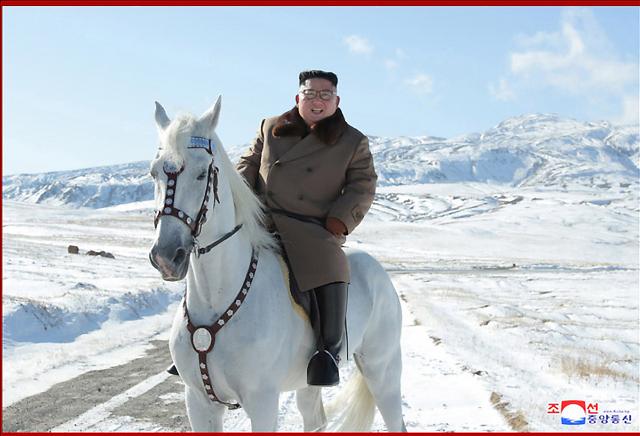 Working-level talks between Pyongyang and Washington are expected to come in November or early December at the latest, the South's National Intelligence Service (NIS) said Monday in a parliamentary inspection, according to ruling and opposition party legislators who attended the closed session at NIS headquarters in southern Seoul.

Talks between Kim and Trump in Vietnam in February broke down without an agreement. However, Trump surprised the world with a historic rendezvous with Kim on June 30 and became the first U.S. head of state to step onto the soil of North Korea in the truce village of Panmunjom, a symbol of division and Cold-War confrontation.

Trump has advocated a "big deal" under which North Korea would dismantle all of its nuclear arsenal and related facilities in exchange for the removal of sanctions. Kim has called for gradual steps as North Korea regards Washington's security guarantee as more important to ensure the survival of the regime.

Pyongyang condemned a "trite" U.S. attitude as the cause of a failed deal in nuclear talks in Stockholm on October 5 and refused to sit down for fresh dialogue until Washington takes a substantial step to make the complete and irreversible withdrawal of its hostile policy.  Kim has threatened to take a different path, urging Washington to come up with a "fair" and "mutually acceptable" deal by the end of this year.

North Korea is expected to test a submarine-launched ballistic missile (SLBM) if it completes the construction of a new submarine with an overall width of about seven meters and the full length of about 80 meters at Sinpo, a port city in central South Hamgyong province, the spy agency said, adding construction was in the final stage.

North Korea claimed to have successfully tested a new-type SLBM called Pukguksong-3 on October 2, saying it scientifically and technically confirmed "key tactical and technical indexes" of the newly-designed missile.

Specifications and other information were not given, but the Pukguksong-3 represents "another step forward" in North Korea’s pursuit of a sea-based deterrent force," Michael Elleman, a missile expert at the International Institute for Strategic Studies (IISS), said earlier in an article published by 38 North, the website of a U.S. think tank.

North Korea tested its first SLMB called Pukguksong-1 (KN-11) on April 23, 2016, but it flew about 30 kilometers. The second one tested four months later traveled about 500 km. Pukguksong-3 has a substantially shortened and blunted nose cone, which was likely adopted to fit the missile into a submarine-launch tube, Elleman said.

North Korea's long-range ballistic missile program, coupled with the development of SLBMs, has been a prime security concern in Seoul and Washington, though US experts believe Pyongyang is still years away from the operational deployment of an SLBM submarine carrying ballistic missile for wartime missions.