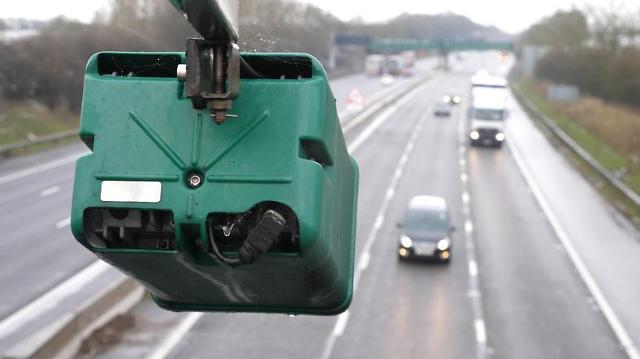 SEOUL -- South Korea is one of the world's most-watched nations, with every corner of urban streets and residential areas under surveillance by a close web of closed-circuit television cameras which play a crucial role in deterring crimes. CCTV, also known as video surveillance, is the use of video cameras to transmit signals to specific places for monitoring.

Data from Statistica, a global market research firm, showed that as of 2018, there are 1.03 million CCTVs in public locations in South Korea. Millions of surveillance cameras are also installed in commercial buildings, shops, houses and other private places. CCTV footage is widely used as a crime prevention method and forensic evidence.

Camera functions are getting more powerful thanks to technological advance, but they are not a perfect solution because of relatively low resolution. The Electronics and Telecommunications Research Institute (ETRI), a state-funded research body, said on Friday that it has developed an artificial intelligence technology that can identify fuzzy vehicle numbers on CCTVs.

The institute said its technology can restore images of blurred or broken pictures taken from various angles and learn them through deep learning methods to derive numbers. A model that learns false data and a model that discovers it is competing with each other, creating data that is closer to reality.

In a contest with 30 people the previous day to identify license plates of vehicles, the institute said its AI scored 82 points, far outpacing a person's highest score of 21 points. Kwon Tae-hyung, a researcher at the Institute for Security Policy at the National Police University, said ETRI's technology contributes to the realization of smart security.