Researchers curious about cause of nitromethane explosion in rocket fuel experiment 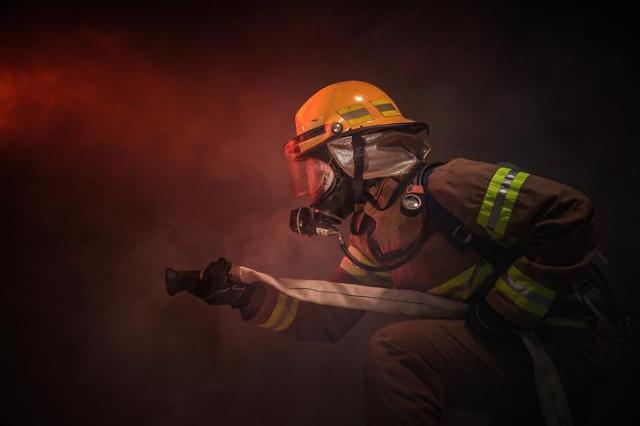 SEOUL -- South Korean researchers are trying to find the exact cause of a nitromethane explosion at South Korea's state research institute, known for the development of defense technologies for decades, as it occurred in a safe environment during a rocket propellant experiment with no elements for ignition.

A 30-year-old researcher was killed and six others were injured in the blast on Wednesday in a lab at the Agency for Defense Development (ADD), a defense ministry-affiliated research body in Daejeon, 130 kilometers (80 miles) south of Seoul. The researchers were testing nitromethane as a fuel for rocket propulsion.

Lim Seong-taek, a senior researcher in charge of the experiment, told reporters that it was unclear what caused the explosion because the test was only aimed at checking if the fuel in the form of gel flows properly into the combustion engine by the amount designed in advance.

"It was an experiment to verify that the designed amount of fuel is correctly entering the fuel tank from the combustion engine. It was not an experiment that required combustion or ignition," Lim said, casting a suspicious glance at equipment malfunction that could have caused the pressure to surge, leading to the explosion.

"I assume there is a possibility of equipment malfunction. This is an environment in which a fire cannot break out due to airtightness," he said.

Nitromethane, used as a solvent in a variety of industrial applications, can be mixed with ammonium nitrate, which is used as an oxidizer, to form an explosive mixture. One graphic example of this was the use of nitromethane and ammonium nitrate in a terrorist truck bombing in Oklahoma City in 1995 that killed at least 168 people, injured more than 680 others.