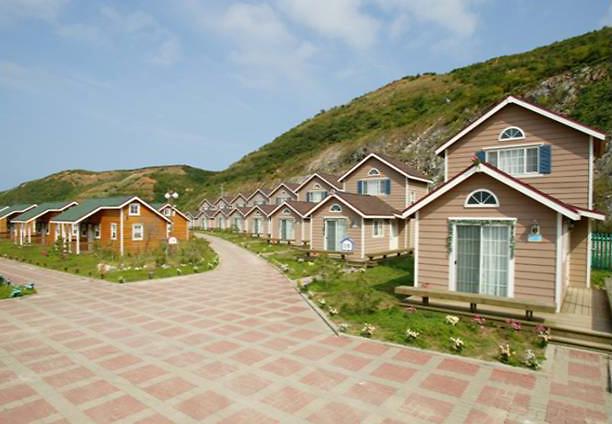 
SEOUL -- North Korea showed a tough stance over the renovation of a tourist resort located just north of the inter-Korean border and threatened to take unilateral action, accusing South Korea of turning a deaf dear to an ultimatum sent earlier this week, according to Pyongyang's official news agency.

Seoul remained silent to an ultimatum sent on November 11, the Korean Central News Agency (KCNA) said in a commentary on Friday, warning Pyongyang would inevitably take decisive action if South Korea creates an obstacle to the development of a new tourism zone in its Mount Kumgang resort "in defiance of our legitimate demands."

South Korea's unification ministry in charge of cross-border affairs, confirmed it has received North Korea's ultimatum. The ministry called for a calm approach, saying the row should be resolved through dialogue.

"We are taking this issue seriously, but we still have to stick to the principle of an agreement between the two Koreas," deputy spokesman Kim Eun-han told reporters. "In line with its consistent position that the two Koreas should deal with the issue through mutual agreement, the government will take a calm response while closely consulting with the operator involved in the Mount. Kumgang tour project."

In its ultimatum, North Korea said it would take firm steps to unilaterally remove hotels and other facilities in the resort if South Korea insists on futile claims, KCNA said, adding the resort would be renovated into a world-class cultural tourist destination "of our own way."

KCNA denounced South Korea for leaving the resort uncared for more than 10 years for fear of Washington, referring U.S.-led international sanctions that have hampered inter-Korean exchanges and trade relations.

On October 25, Pyongyang called for inter-Korean discussion by means of document exchanges to remove facilities in the Mount Kumgang resort, two days after its leader issued a surprise order to transform ''unpleasant-looking" facilities into a modern world-level tourist destination. Facilities in the resort have been left unattended since a South Korean housewife was fatally shot by a North Korean guard in 2008.

North Korea has rejected South Korea's proposal for face-to-face talks on "the direction of new developments" in the resort which also houses a place for the reunion of South and North Korean families separated by the 1945 division of the Korean peninsula and the 1950-53 Korean War. Seoul has indicated it may seek Washington's concessions and understanding in keeping the suspended inter-Korean tour program alive.

In his New Year message, Kim Jong-un called for the unconditional resumption of suspended inter-Korean projects such as cross-border tours and a joint industrial zone in the border town of Kaesong, which used to be a symbol of inter-Korean cooperation. The Kaesong zone, which was opened in December 2004, once hosted about 120 South Korean firms manned by more than 50,000 North Korean workers. Seoul shut it down in 2016 in retaliation for the North's ballistic missile and nuclear tests.