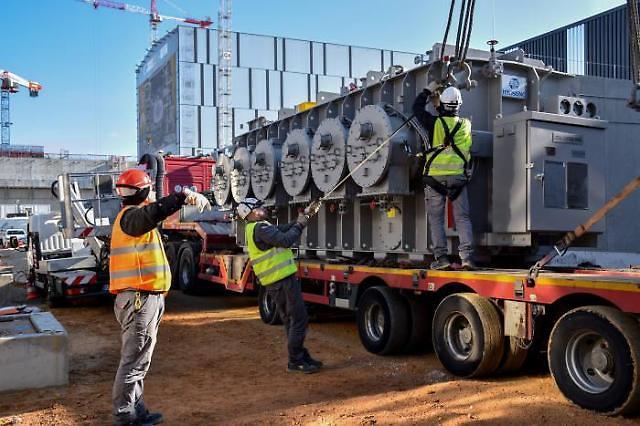 SEOUL -- Researchers from South Korea and the European Union will embark on a joint project that would seek ways to safely operate an international fusion reactor, which is similar to the sun, and conduct related studies.

The Ministry of Science and ICT said on Wednesday that its has signed an agreement with the European Commission on the "Technology Management Plan" (TMP) that involves the test, operation and research of the International Thermonuclear Experimental Reactor (ITER). Their research will focus on reducing the damage inflicted on ITER devices due to the instantaneous collapse of plasma.

Seven countries including South Korea, the United States, China and EU members have been involved in the ITER project to build an experimental fusion reactor in Cadarache, France. If the experiment is successful, it could provide mankind with a limitless energy source. ITER facility is expected to be constructed by 2021.

Fusion power, generated by nuclear fusion, has long been spotlighted as a safe next-generation power source capable of reducing radioactivity. However, commercialization has a long way to go because it's extremely difficult to produce a state of controlled fusion. Plasma experiments will begin in 2025 and full deuterium-tritium fusion experiments in 2035.

A high temperature is the most critical operating condition of fusion. The sun's center plasma ion density is so high that nuclear fusion occurs at 15 million degrees, but plasma ion temperatures should be over 100 million degrees on Earth with much less gravity to cause fusion reactions.