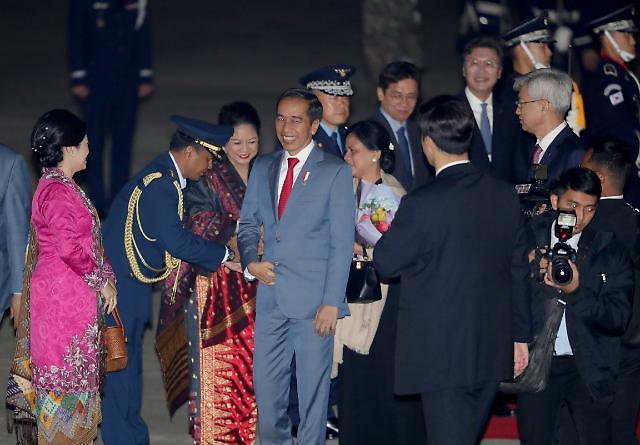 SEOUL -- South Korea and Indonesia finally signed a comprehensive economic partnership agreement (CEPA), seven years after the first round of negotiations began in 2012. Indonesia became the first ASEAN member to conclude such an agreement with South Korea.

The agreement was signed by the trade ministers of Indonesia and South Korea Monday on the sidelines of a special summit in the southern port of Busan between leaders of South Korea and the Association of Southeast Asian Nations (ASEAN), a regional intergovernmental organization comprising ten countries in Southeast Asia.

Through Monday's agreement, South Korea secured Indonesia's most favored country treatment and market access equal to or higher than that of competitors. Trade between South Korea and Indonesia stood at $20 billion in 2018. Indonesia is South Korea's 12th-largest trading partner.

Major items such as steel products used for automotive steel plates, automotive parts and synthetic resins will be tariff-free. Indonesian items that are relatively less sensitive on the Korean side will received South Korea's reciprocal treatment.

At a summit with his Indonesian counterpart Joko Widodo, President Moon Jae-in welcomed the signing of CEPA, saying Indonesia has become the first ASEAN member to establish a special strategic partnership with South Korea. Widodo said the two countries signed a meaningful agreement to strengthen cooperation in a situation where difficulties are expected in the global economy.