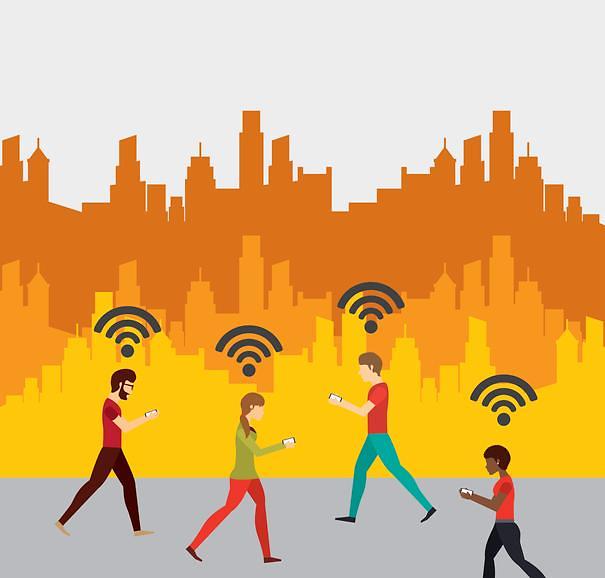 In a road test in the central city of Daejeon, the Electronics and Telecommunications Research Institute (ETRI) said Friday that it has successfully demonstrated a Wi-Fi communication system that can produce giga-level transmission speed. The institute achieved a transmission speed of up to 2.4Gbps in a test vehicle. The current Wi-Fi speed on public buses is around 20Mbps, which gets slower if there are many users.

By using beamforming and beam switching, ETRI can send frequency signals farther away and spread them in many directions. Beam switching can control multiple beams. Beamforming technology focuses power to desired users to form beams, expand coverage and increase speed. Due to the high propagation loss of millimeter wavelengths (mmWaves) plus the high bandwidth demands of users, beamforming and massive Multiple Input and Multiple Output (MIMO) are critical for increasing spectral efficiencies.

In the second half of next year, ETRI plans to demonstrate faster Wi-Fi services through in-vehicle sharing devices on an expressway and in downtown Seoul. "By 2022, we aim to provide one Gbps-class Wi-Fi services on all buses," said Chung Hee-sang, an ETRI researcher. Free Wi-Fi services have been provided in public places frequently used by citizens.

In line with the establishment of 5G networks, Seoul aims to become a data-free city where anyone can use public Wi-Fi services free of charge anywhere. In May, ETRI announced the development of a source technology to combine WiFi and a wired internet network and control them in a 5G network. In the current method of combining Long-Term Evolution (LTE) and Wi-Fi, network control should be carried out outside of mobile networks. ETRI said its technology would allow users to do it inside a 5G network.

Ahead of other countries, South Korea, one of the world's most wired countries, established 5G mobile networks in April, but there have been complaints among 5G users about service quality such as a lack of coverage and poor connection. 5G antennas use a relatively high-frequency band to increase the bandwidth of information transmission and reception, but signal connection is difficult because the linearity of the frequency is good but the range is narrow