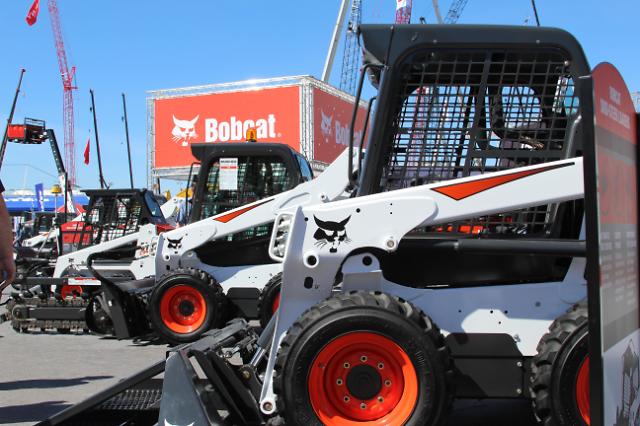 "With the acquisition of mower business, we will strengthen our product line-up in agriculture and landscape businesses with the recently released compact tractor and create synergy with existing businesses by expanding the Northeast-focused dealer network to the West and South," Doosan Bobcat said in a regulatory filing.

"Mowers are a must-have product line in order to strengthen product competitiveness in the landscaping and agriculture sectors," Doosan Bobcat CEO Park Sung-chul said, adding the acquisition would serve as an opportunity to speed up business expansion in North America.

In July, Doosan Bobcat started mass-production of E10e, a compact battery-powered one-ton excavator, from its factory in Czechoslovakia. The E10e model runs solely on electric motors and has the same power and performance as the diesel engine product of its class. The new model, which is only 71 centimeters wide, is suitable for indoor demolition due to no smoke and low noise.

While diesel compact excavators remain predominant, demands for eco-friendly and power-efficient electric-powered excavators are rising. Electric diggers can be used in urban construction sites because they are quieter than diesel models and emit no fumes. As environmental regulations are being strengthened around the world, major European cities such as Paris and Athens will phase out diesel vehicles.

Hyundai Construction Equipment (HCE), a heavy equipment maker in South Korea, has developed a 3.5-ton electric powered excavator in a joint project with Cummins, an American diesel and alternative fuel generator maker. The excavator is mounted with lithium-ion batteries which last up to eight hours.