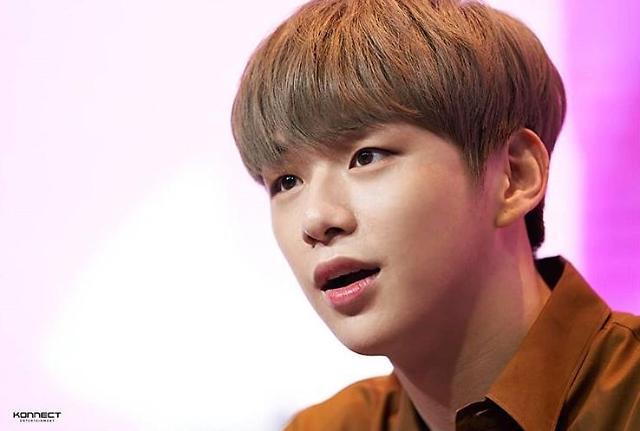 SEOUL --  Kang Daniel, a former member of South Korea's defunct project boy band Wanna One, has suspended all public activities due to depression and panic disorder caused by constant cyberbullying. The sudden announcement came after the singer confessed that he was sick and tired of cyberbullies mocking and harassing his fans and music.

"We have come to the conclusion that plenty of rest and stability should be considered as a priority to ensure the health and safety of an artist," KONNECT Entertainment, the 22-year-old's agency, said in a statement on Wednesday. The agency said the singer was diagnosed with depression and panic disorder.

Complaining about extreme anxiety, Kang is not capable of carrying out promotions for his new single album "TOUCHIN", released last month, the agency said.

Kang wrote in a post titled "Really" on Tuesday night through his online fan community, "Since I was active as a group member, I've endured every undeserved situation and rumors... but I am really so tired." He complained about how people always thought negatively about him regardless of whatever his intentions.

Kang stepped into the spotlight when he successfully ended his career as Wanna One member in January this year. However, he was locked in a legal dispute with his former agency, LM Entertainment. Kang and LM came to a settlement in September and agreed to cancel lawsuits against each other.

"Cyberbullying targeting Kang has intensified lately," a female fan told Aju News on condition of anonymity. She said that anti-fans have launched a malicious attack on everything Kang did, mocking his dance and vocal performances, despite desperate requests from faithful fans to stop it. "I think cyberbullies are crazy. They are launching a coordinated attack to shake Kang and his fans," she said. "The bullies are acting as if they want to really hurt Kang by pushing him into the corner."

Various forms of cyberbullying such as online hate comments against celebrities have long been a social problem in South Korea. Some entertainers have committed suicide due to depression aggravated by malicious online comments. The suicide of Choi Jin-ri, known by her stage name Sulli, and Goo Ha-ra, known by her stage name Hara, sent shockwaves through South Korea's entertainment industry and society. Many have called for strong punishment against cyberbullying.