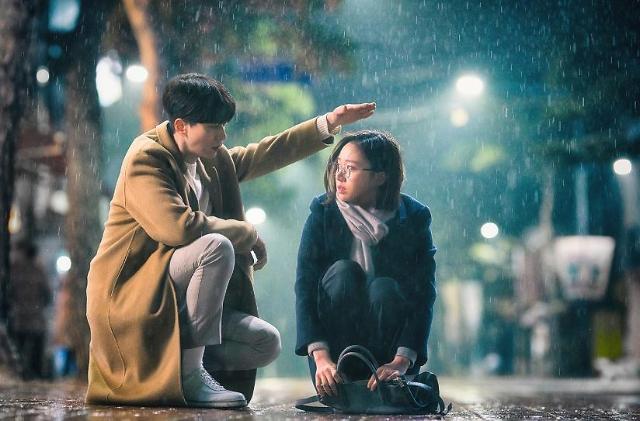 
SEOUL -- Netflix, the world's largest over the top video-on-demand company, will release a new original K-drama in cooperation with Studio Dragon, the drama-making wing of South Korean entertainment giant CJ ENM, in February next year.

Netflix said on Monday that "My Holo Love", a romantic drama directed by Lee Sang-yeop, would premiere on February 7. The drama series starring actor Yoon Hyun-min and actress Go Sung-hee depicts a love story about a holographic artificial intelligence (AI) assistant and its human partners.

Netflix said the drama follows the unique story of three not-so-perfect but extraordinary characters. "This is an emotional romantic drama about young people who seem to have glamorous lives but are suffering from broken hearts. What is especially intriguing is one of the main character's existence as an AI hologram," Lee was quoted as saying.

To broaden its global presence, especially in Asia, Netflix has forged a three-year partnership with CJ ENM and Studio Dragon to create original content. Through the partnership, Netflix gained distribution rights to Studio Dragon's titles while CJ ENM will have the right to sell up to 4.99 percent of Studio Dragon shares to Netflix.

Netflix has captured the hearts of drama fans worldwide with Studio Dragon's hit drama series such as Mr. Sunshine, Memories of Alhambra, Romance is A Bonus Book, and Arthdal Chronicles.

Original dramas and movies tailored to OTT video-on-demand service users in South Korea have contributed to a sharp increase in the number of Netflix fans. Netflix has aggressively added a lineup of South Korean blockbuster dramas to attract young viewers.