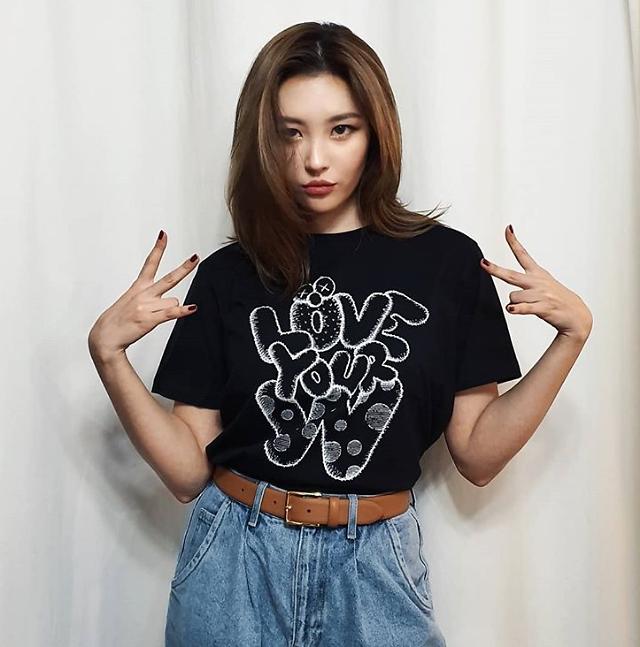 SEOUL -- Singer Sunmi, a former member of girl band Wonder Girls, finally got sick of rumors that the 27-year-old has received breast implants and claimed that she did not do anything to her body.

"I didn't get a boob jobbb. I just gained weightttttt Duh," Sunmi said in an Instagram post. She also uploaded a screenshot that showed a list of related search keywords on Naver, South Korea's largest web search portal. A suggested keyword was "Sunmi breast surgery." 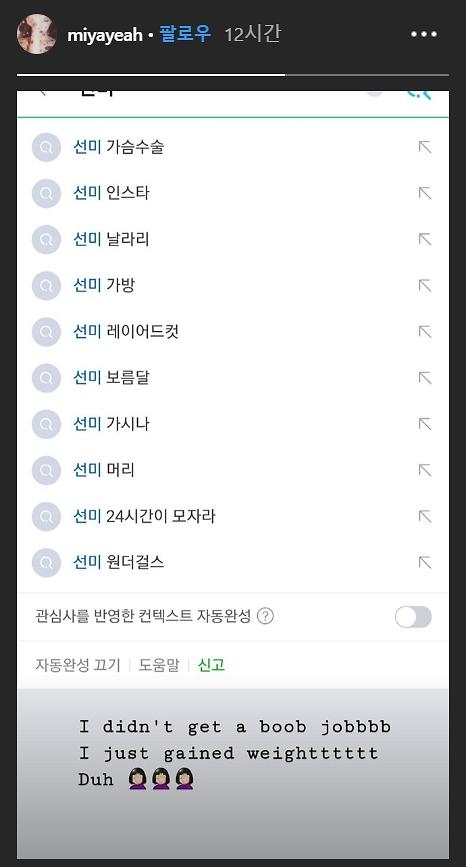 This is the second time the singer had to clarify rumors about her body. In September, she refuted rumors after some people claimed that the singer had gained volume in a specific area of her body.

Sunmi debuted in 2007 as a member of Wonder Girls, a four-member girl band that was defunct in 2017. She left JYP Entertainment to become a solo artist.