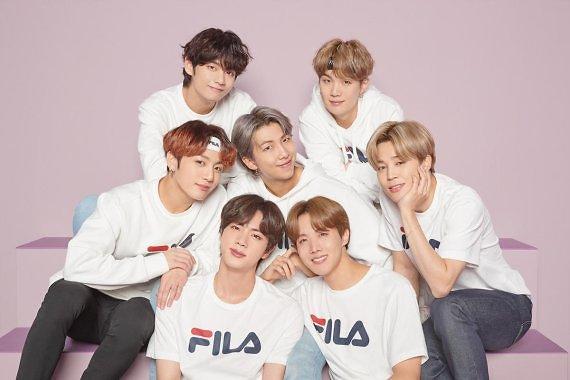 The apparel company released the photograph on Monday as part of "2020 ONE WORLD ONE FILA," a promotion campaign for 2020. FILA said it will release additional images next year through social media and special online events.

FILA selected the seven-member band as its global endorsement model in October this year to increase the company's recognition among young consumers around the world.

FILA was originally established in Italy in 1911 as a sporting goods brand. FILA Korea acquired its mother company in 2007 to own licenses in some 70 countries. The fashion brand's global popularity soared when FILA released a lineup of retro-design apparel targeting young trend-savvy consumers who favor casual sportswear with bold and colorful designs.