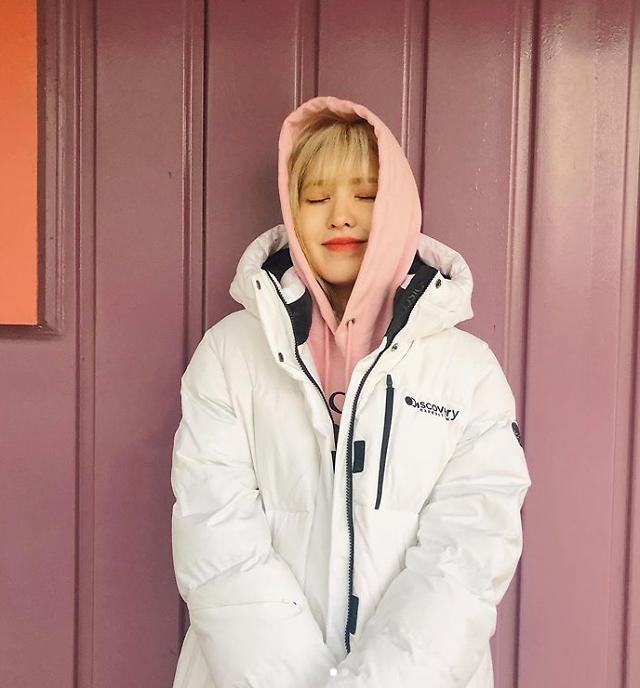 SEOUL -- Wendy, a member of girl band Red Velvet, was hospitalized after falling from a stage during a rehearsal for a year-end TV music show on Tuesday.

"A regrettable situation that involved Wendy falling off stage during a personal rehearsal for SBS Gayodajeon took place," SM Entertainment, the 25-year-old's agency, said in a statement. Wendy fell off a lift on the rehearsal stage of SBS Gaeyodaejeon, an annual year-end TV music show hosted by broadcaster SBS featuring top trending artists.

SM said that Wendy was carried to a hospital immediately after the accident and was diagnosed with a fractured pelvis and fractured wrist, the agency said. The singer also received injuries to her face. "We will update on the future promotion of Red Velvet," SM said. Wendy is currently receiving treatment.

Wendy's tragic accident has put Red Velvet in an awkward situation as the five-member band made its grand comeback to South Korea's music scene this week by scoring an all-kill in song charts with the band's new song "Psycho". It is inevitable for Red Velvet to carry on promotions for its new album without Wendy.

Fans heavily criticized SBS for building a flimsy stage as the same lift which Wendy fell off has also caused a similar malfunction a day earlier when boy band BTS was rehearsing for its performance. "The fall could have killed her. It was like a 4-meter (13 feet) drop," said "Alfonso Muha", a user from South Korean internet community Clien. Another user "Danpatbbang" said: "TV broadcasters should pay more attention to the safety of artists. It was an accident that could have been prevented."