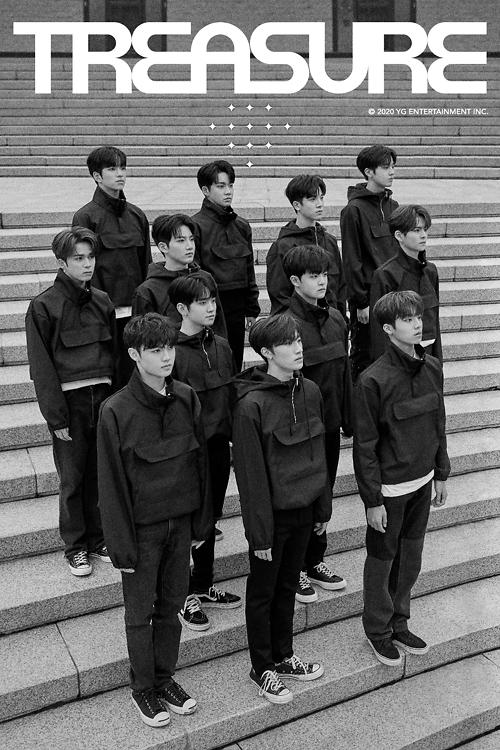 SEOUL -- TREASURE, formed by YG Entertainment through an audition survival show, will finally debut soon as a 12-member band. The band's debut has been delayed due to a scandal that hit one of South Korea's entertainment powerhouses, leading to the resignation of YG head Yang Hyun-suk who has produced popular bands such as BIGBANG, 2NE1 and BLACKPINK.

"Reorganized as a 12-member group, TREASURE will introduce new content through various channels from January this year," YG said Monday through its official blog.

Originally, the band was to be separated into two teams, but YG  changed its strategy to run it as an integrated team. The agency said that the band would focus more on its successful debut and growth. "We want to give a chance to get closer to fans in a more diverse way from the team’s robust activities to the unit and solo career of members."

The new boy band was reorganized into a 12-member group after Ha Yoon-bin quit. YG said it canceled the contract with Ha as of December 31 to respect his musical direction and firm will to go solo.

YG retracted its earlier stance that TREASURE would be excluded from participating in songwriting to achieve rapid growth with the quick and steady release of new songs composed and written by exclusive producers. Now, members are allowed to actively participate in songwriting because many of the music products that they have voluntarily worked on received high evaluation.

TREASURE members were to embark on official activities between May and July last year, but their debut was put off as the agency was embroiled in a scandal over "Burning Sun", a music and dance club in Seoul. Seungri, a BIGBANG member, has been the target of public criticism since a 28-year-old dance club customer claimed that he was brutally beaten by Burning Sun employees.

An ensuing investigation exposed drug trafficking and a sex video scandal that forced the departure of Seungri and other celebrities from the music scene.