Samsung describes Ballie as interactive device for elderly or children 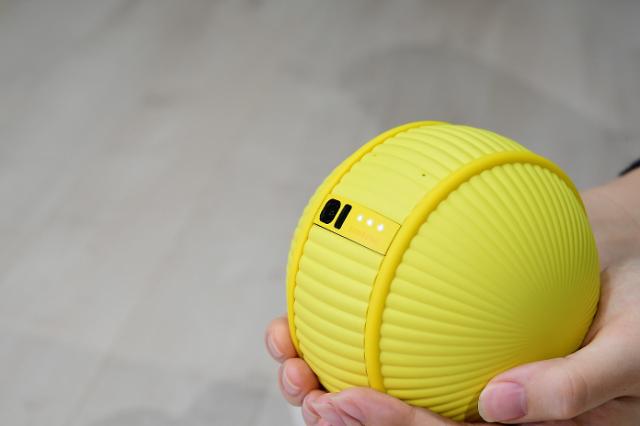 LAS VEGAS -- Some compared it to BB-8, a droid character in the Star Wars franchise, but Samsung Electronics gave a different interpretation, describing it as a device that can interact with other devices mainly to look after the elderly or children.

"It's not a robot but an interactive device," Samsung's consumer electronics head Kim Hyun-suk told reporters after Ballie, a yellow ball-shaped rolling device, made its debut at CES 2020 in Las Vegas. Ballie follows its master around the house to provide personalized care services just like a human butler, reacting to the action and voice of its master.

"Ballie is important to care for the elderly and children," Kim said, adding Samsung has yet to decide on its commercialization.

It can come probably from edge computing, which could be used as an IoT hub because there are no privacy infringement factors, Kim said. Ballie also raised questions about privacy, but on-Device AI has no problem because data stays only inside the house."

Samsung will be able to release home robots in June or July as part of Project Prism, a new brand vision which emphasizes creation, customization and collaboration. The first Project Prism line up was "Bespoke" refrigerators that would satisfy a wide range of consumer lifestyles and target millennials seeking their tastes and experiences.

Kim said washers and dryers will be the next Project Prism products to be released in late January or in early February.