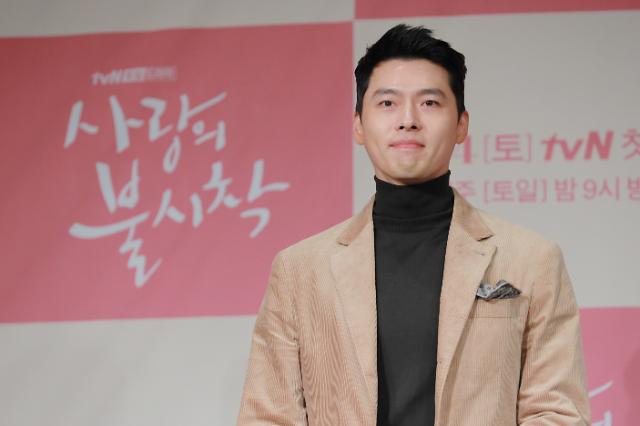 "In order to protect the rights of our artists, we are collecting data about fake information and malicious online rumors," VAST Entertainment, the 37-year-old actor's agency, said in a statement on Wednesday. The agency said it will take legal action against cyberbullies targeting Hyun Bin.

Hyun Bin debuted in 2002 and became a key figure leading Hallyu (the Korean cultural wave) after appearing in hit TV dramas such as "Secret Garden," "Hyde Jekyll, Me" and "Memories of the Alhambra." He currently plays the main role in the cable TV romantic comedy "Crash Landing On You" alongside popular actress Son Ye-jin.

The prominent actor has recently become a target of coordinated online attacks by cyberbullies who spread fake information about Hyun Bin's love affair with a famous actress.

Cyberbullying has haunted South Korean celebrities for decades. It is not rare in the entertainment industry to witness unfortunate events involving some like Sulli and Goo Hara who committed suicide after being dogged by bullies for many years.

Despite the uncontrolled online violence, it was not easy for top stars to openly stand up against cyberattacks including hate comments and malicious online rumors because they believed taking legal action is a painstaking and time-taking process that leaves scars on both sides regardless of the result. Many stars fear the public may misunderstand their actions.

However, the atmosphere has drastically changed last year, especially after the tragic deaths of Sulli and Goo Hara, who had been targeted by cyberbullies for many years, prompted top entertainment agencies and associations to actively counteract against cyber terrorism.