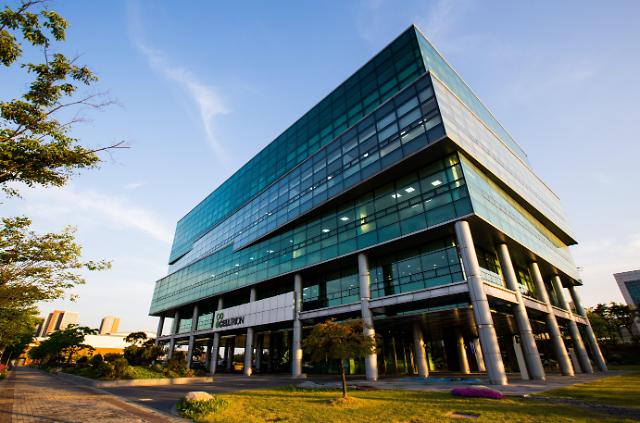 
SEOUL -- Major South Korean biosimilar manufacturer Celltrion Inc. plans to build a plant in China in a move to directly advance into the world's second-largest biopharmaceutical market, its chief said.

"We are in the final stage of signing a contract with the Chinese government. We will soon announce details of the plant," Chairman Seo Jung-jin said during the annual J.P. Morgan Healthcare Conference in San Francisco on Wednesday (local time).

The company's business roadmap centers on building a plant with a production capacity of 120,000 liters in China to boost capacity amid rising demand. The planned factory will be the largest production facility in China, according to Celltrion.

The business plan deviates from its earlier plan to set up a joint venture (JV), dubbed Vcell Healthcare Ltd., with Hong Kong-based Nan Fung Group in China. "Celltrion will eventually also set up direct-sale system in China," Seo said. "A portfolio of 16 products that are tailored for the Chinese market will be set up by 2030."

Data from the World Health Organization showed that the Chinese biopharmaceutical market is expected to post annual growth of nearly 20 percent by 2025. It is currently behind the United States.

The company said it will also launch a system to sell drugs like Remsima SC directly. In November, the European Medicines Agency gave the green light to Celltrion's application to sell Remsima SC, the subcutaneous (SC) version of Remsima, a biosimilar copy of Janssen Biotech, Inc.'s Remicade, for the treatment of autoimmune disease.'

Celltrion also has recently finished registering patients for a phase-three clinical trial of its blockbuster biosimilar, Remsima, in China. The study began in October 2018. "A direct-sales system in the global market will kick off next month in time for the launch of Remsima SC in Germany," the chairman said.

Remsima, administered through intravascular injections, is used in the treatment of a number of diseases, from rheumatoid arthritis to Crohn's disease, Celltrion said. The SC version allows patients to inject it by themselves, unlike the intravenous formulation that requires patients to visit hospitals.

Seo said Celltrion will also newly tap into the global diabetes market that is estimated to be worth 46 trillion won. "We will eventually co-develop an insulin biosimilar through a 'license-in' method," Seo said. The chairman also noted the possibility of merging Celltrion with its affiliates -- Celltrion Healthcare and Celltrion Pharma -- on the condition that company shareholders want the plan.
(Yonhap)