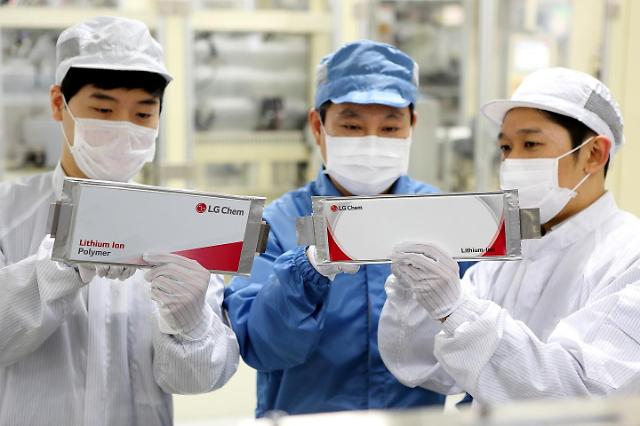 
SEOUL -- Posco Chemical, a unit of South Korean steel group Posco, secured a three-year contract worth $1.6 billion to supply high-nickel anode materials for electric vehicle batteries to be produced by LG Chemical, which has tried to expand its global market presence with a new type of efficient batteries with a longer life than conventions ones.

Posco Chemical said in a regulatory filing on Tuesday that it would provide anode materials for electric vehicle batteries to be produced by LG Chemical's plants at home and abroad for three years by the end of 2022.

The steel group is nurturing battery materials as its next growth engine. In June last year, Posco Chemical set up a research center in the southeastern port city of Pohang to develop high-capacity anode and cathode products and new technologies. The cathode is an electrode from which a conventional current leaves a polarized electrical device, while the current enters into a polarized electrical device through an anode.

LG Chemical has introduced NCM 811, which contains nickel, cobalt and manganese. The proportion of nickel in NCM 811 is high so that battery producers can save costs and extend the driving range.