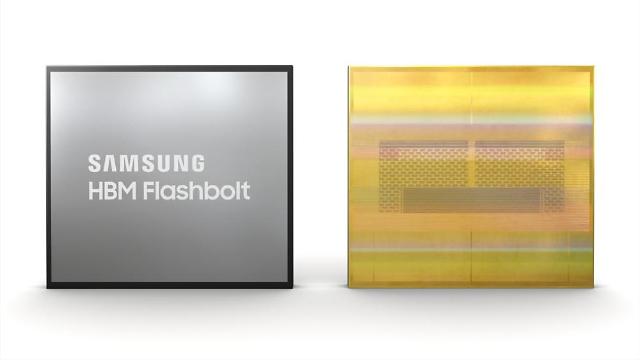 "With the introduction of the highest performing DRAM available today, we are taking a critical step to enhance our role as the leading innovator in the fast-growing premium memory market," Choi Cheol, executive vice president of Samsung's memory sales and marketing, was quoted as saying.

Volume production is expected to begin during the first half of this year. Samsung, one of the world's largest microchip producers, said that it would continue providing its second-generation Aquabolt lineup while expanding its third-generation Flashbolt offering.

Samsung said that Flashbolt, the third-generation High Bandwidth Memory 2E (HBM2E), delivers twice the capacity of its previous-generation 8GB HBM2 Aquabolt and can attain a transfer speed of 4.2Gbps, the maximum tested data rate to date.