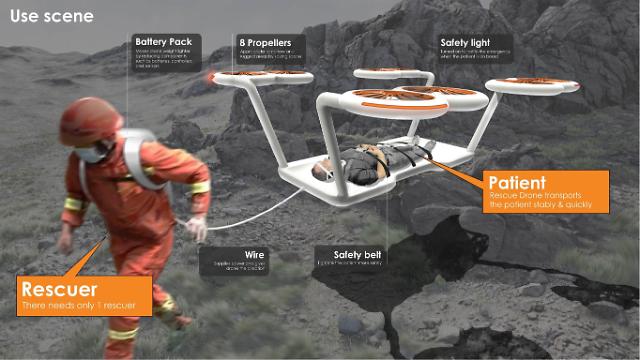 
SEOUL -- A rescue drone designed by South Korean researchers has won a prestigious international design award. The drone guided by a rescuer wearing a battery backpack is capable of rescuing people in narrow terrains.

The Ulsan National Institute of Science and Technology (UNIST) said on Tuesday that a drone design concept was given an iF Product Design Award in the professional concept section. The annual event has been hosted by the iF International Forum Design, a design service organization based in Hanover, Germany. 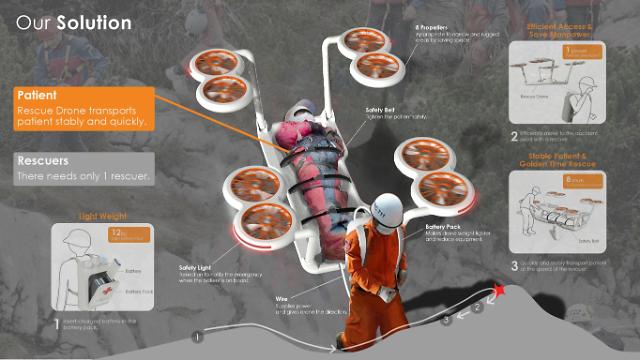 The drone that keeps itself balanced using gyroscopes is connected to a battery pack worn by a rescuer. UNIST said the drone would not be very expensive because it does not require advanced technologies and sensors. The rescuer guides the flying bed with a leash, just like walking a dog.

According to UNIST, the drone's design team has kick-started a project to mass produce the rescue drone.