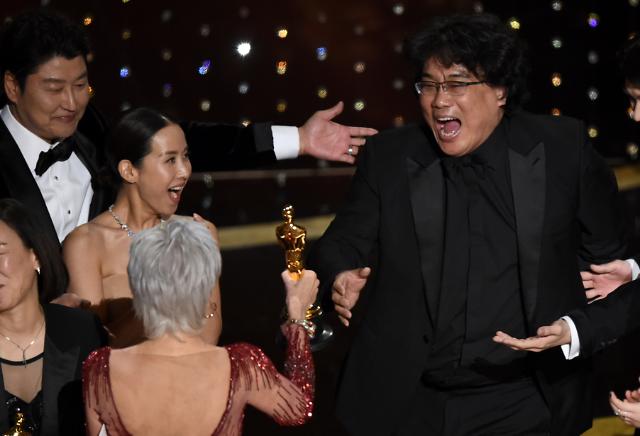 
SEOUL -- CJ ENM, the entertainment wing of South Korea's CJ Group, has scoffed at allegations by an Indian film producer who accused the Oscar-winning film Parasite, directed by Bong Joon-ho, of plagiarism.

P.L. Thenappan, an Indian producer, said in an interview released by India Today on February 15 that he felt that Bong has stolen the crux from his 1990 film Minsara Kanna. The Indian producer also argued that he was in talks with international lawyers and contemplating on filing a case against Bong.

Minsara Kanna, directed by K.S. Ravikumar, is a comedy film that depicts a story about a man who seeks to work at the house of a woman he falls in love with. The man sets up a plan to have his entire family get employed by the woman's family while hiding identities to work as strangers.

"We have not received any communication" from the Indian production company, CJ ENM, the main distributor of Parasite, told reporters on Tuesday, adding it has nothing to say about alleged plagiarism. There were no remarks from Bong.

"Parasite," a tale of class division, opened a new chapter in the history of Oscars with four titles including best picture and best director, becoming the first non-English language film to create a global sensation that turned social media upside down. It's the first Korean-made film to win the Oscar.